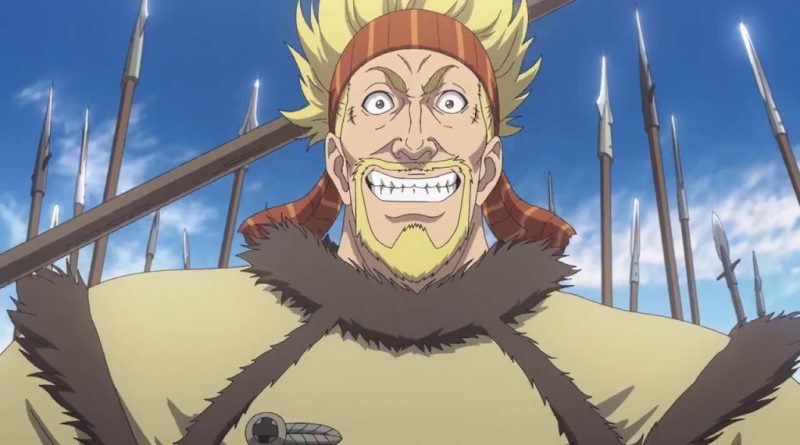 Wait, you may be asking yourself, what is Modern Neon Media doing talking about anime? Yes we hear you. Fun fact, when I started MiR back in the day, it was a space for me to write about movies and anime. Also, anime continues to be the most engaged type of content on the original site.

To be perfectly honest, I have been more involved in the 2019 season and I’m tired of seeing the last anime-centered content being back in 2017. Let’s fix that, shall we? Here are a few picks for the best anime series of 2019.

10, O Maidens In Your Savage Season (Araburu Kisetsu no Otome-Domo Yo)

Oh O Maidens, revitalizing my love for teen comedies. In O Maidens we follow a group of high school girls in their literary club, as they begin to discover their buried sexual desires and fetishes. That description may lead you into the more lewd side of the anime community, especially those of you that are “men of culture”. Yet O Maidens takes a more innocent and hilarious approach, letting us experience and laugh with these girls on their journey.

O Maidens teeters between a compelling drama and a coming-of-age teen comedy, succeeding in each end of the spectrum. You could think that because of the series’s subject matter, it would handle it in the raunchiness way possible. Completely the opposite, as O Maidens handles their characters learning about sex in the cleanest almost clinical way possible.

While Boy’s Love, or Shonen-Ai, series have always existed in the anime industry, it wasn’t until Yuri on Ice!! saw massive success that they became a staple in each anime season. Given follows the budding romances between four boys, all members of the same amateur rock band in Japan. I am already a sucker for everything music, hell it is why I talk about music weekly on Modern Neon, so Given was a must for me to check out. The series is a relatively slow burn for the first ten episodes, giving audiences time to grow and understand the struggles of each one of our bois. Plus, the music behind the band actually isn’t half bad either.

It took quite a long time for me to appreciate a romance series, and I have no qualms with attributing my new outlook to our latest entry. Kaguya-Sama: Love is War details the relationship between two student council students who make the perfect couple, in the eyes of everyone around them. However, neither one of them will admit that they are in love and confess, starting an all-out war to force the other into submission. 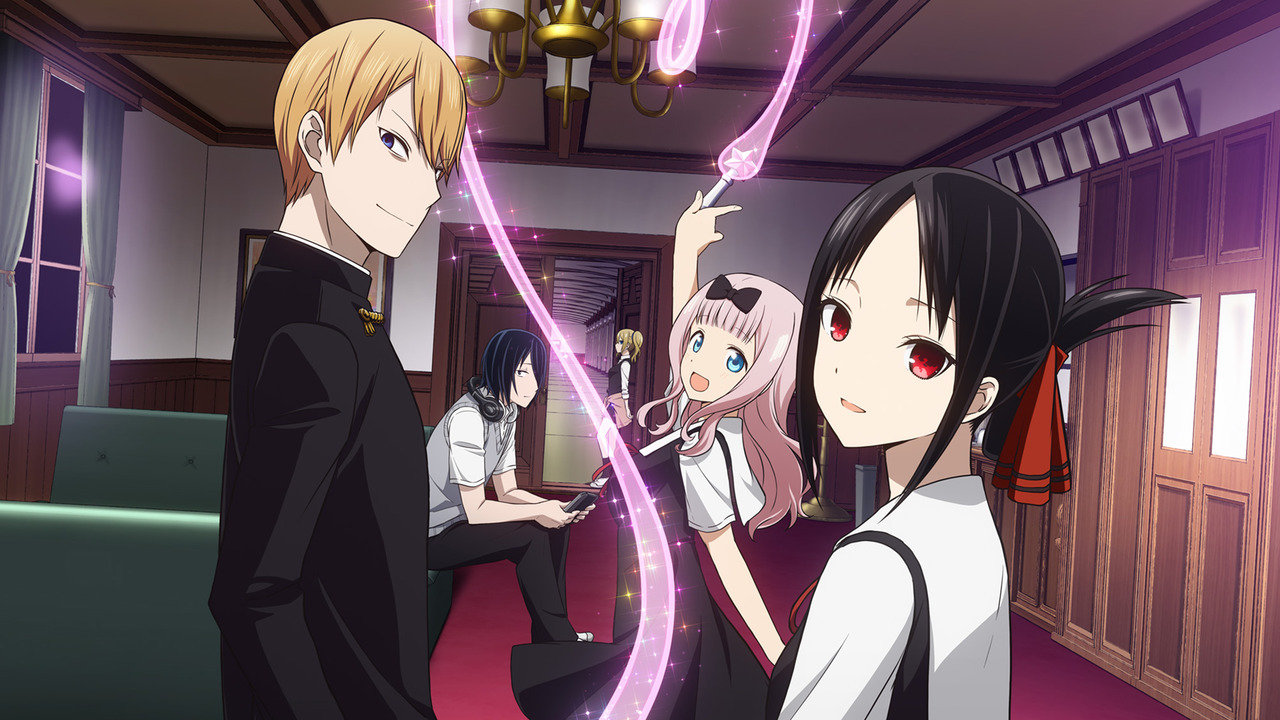 Love is War is an interesting take on the traditional romantic comedy genre, making me laugh at the pure absurdity between our two lovers. The series is an excellent adaptation of an already great manga, thriving with fluid character dynamics and a blend of pure irony and chaos taking the reins. Love is War is a must for those who want to watch others find love amongst the chaos, without admitting it first.

Oh Attack on Titan, how you drove me away with Season 2, but slowly grabbed me back into your pit of despair. For those few of you who have never heard of Attack on Titan, we follow the last bastion of humanity as they fight to survive the growing Titan race from within their walled city. The main objective is handed to the scout regiment, who are the first to go into battle when a Titan comes knocking, often dying plenty in the process. Season 3 was fantastic and felt like a return to form for the series, finally reaching the same vibe and chaotic themes that are so prevalent in the manga.

Season 3 happens to cover the majority of my favorite arc in the manga, executing it to the best of the studio’s ability. The action was non-stop and a glorified bloody mess, reminding me just how much I enjoy the franchise as a whole. A fantastic modern gateway into the current anime climate, I highly recommend this as a solid starting point.

Oh Aggretsuko, one of the few series that actually feels like it relates to the common man. To be honest, I genuinely surprise myself that I would actually put a Sanrio series on this list, yet Aggretsuko feels different. The series follows the day to day life of Retuko, our loveable red panda protagonist, as she struggles with relationships in her daily life. Fitting comfortably into the Sanrio style, Retsuko is loveable to her core as well as all of her fellow animal employees and friends. The best part? Retsuko even vents like most people, finding an outlet for her frustrations. Where else could you watch a red panda sing hardcore death metal at karaoke?! 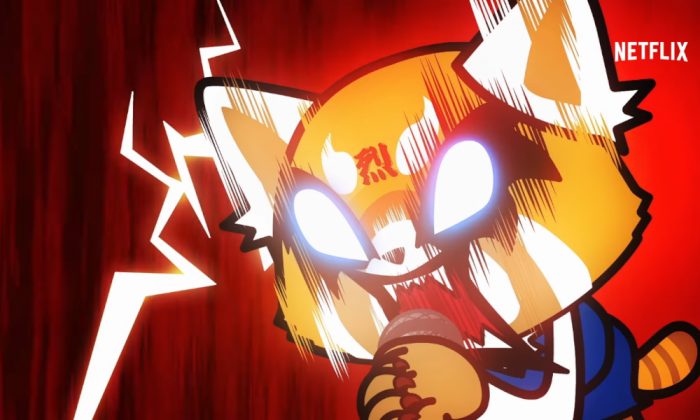 I have to admit, When I saw the first trailer for Fire Force I was a bit confused and worried. A firefighting squad that eliminates fires with their own flames and the help of nuns? Only in Japan. Fire Force follows company 8, one group of fire-fighting soldiers who have one mission, discover the reason behind human combustion. Our main protagonist, Shinra, has the power of an adola burst from his feet, one of the most powerful connections someone can have with the holy flame.

While the premise seems a bit out there and ridiculous, Shinra and his squadmates completely won me over. His dedication to finding his long lost brother and how he interacts with his cohorts is nothing but a delight. The animation style is fluid and easy on the eyes, giving me a deeper appreciation of the power of flame.

Can we officially declare Amazon Prime as a main player in the world of anime streaming services? While it might be a shame that Prime holds one of the best anime series in each season hostage with exclusivity, Amazon sure knows how to pick their hostages. Dororo follows the combined adventures of Dororo, a young girl who meets the wandering samurai Hyakkimaru on his quest to regain his body. Wait, how could he not have a body you ask? When he was just mere hours old, his father sacrificed him to the series’ demon lords each feasting on a part of his body. Hyakkimari may have survived, but filled with anger and drive to regain what he lost. 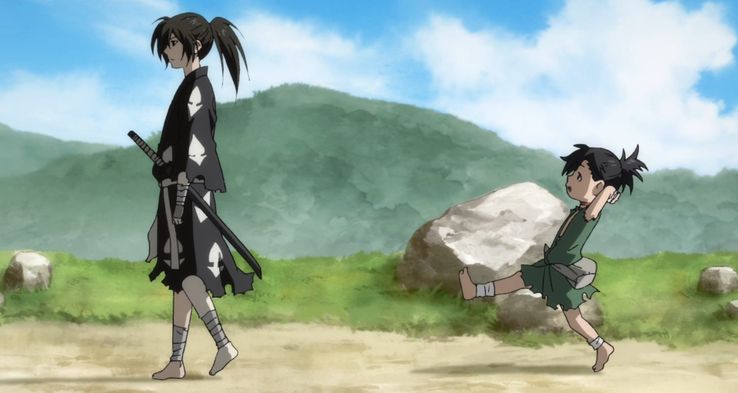 While Dororo is an enjoyable experience with plenty of swordplays and spilled blood to satisfy anyone who is a fan of samurai films, the best part of the series is Dororo and Hyakkimaru’s relationship. Since Hyakkimaru can’t initially speak or express his emotions, Dororo carries the brunt of the relationship and the narrative. We feel for each of the characters’ struggles, driving the point home that Dororo may be feisty but we need to protect.

This entry shows just how amazing science can be, especially with limited resources. Dr. Stone allows audiences to follow the brilliant genius Senku, a high school prodigy that is rebuilding civilization after the world has suffered the next extinction event…in a way. At the beginning of the series, a bright flash of light envelopes the world, petrifying all humans. Now 3,800 years later, it is up to Senku and his friends to use what knowledge they retain to rework and enhance from the ground up.

While Senku’s knowledge steals the show almost every other minute, Dr. Stone features a fantastic supporting cast that not only makes us laugh out loud, but also feel sad and excited. Senku may be one of the main innovators and leaders, but he can only do so much without support. The animation style is top-notch, and while it has been a little of a slow-burn as they prepare for season 2, you would be surprised at how much you can learn from a show like Dr. Stone.

Need an extra dose of murder, ruthless violence, and political intrigue? Vinland Saga may be the anime for you. In Vinland Saga we are recruited into a band of mercenaries with Thorfinn, a young Viking child who is blinded by bloodlust and vengeance. The target in his crosshairs? The mercenary leader Askelaad, who he works for unquestionably until he is strong enough to take his own life. Even though the story takes plenty of twists and turns, Vinland Saga is definitely a series worth your while.

While I love Thorfinn and understand his vengeance, Askelaad is one of the best-written pro/antagonists in the last few years. He is a fantastic leader and tactician, even thinking multiple steps ahead while they are cornered and corralled like pigs by the menacing Thorkell. Askelaad and Thorfinn’s fighting styles clash and give us some of the best fighting scenes in the entire series. Do you need more blood and violence…I present you Vinland Saga.

1. The Promised Neverland (Yakusoku no Nebarando)

Even though Vinland Saga was my almost immediate shoo-in for first place, even after being highlight in our most recent favorites column, I almost forgot about the thriller that made me fall in love with anime this year, The Promised Neverland. This time around we follow the difficult lives of Emma, Norman, and Ray, three children living in an almost utopian orphanage. However, once you reach a certain age you are shipped off to be “adopted” into your new life…on the surface. As it turns out, this orphanage is actually a farm for demons and once you are adopted, you are simply a fine steak for Demon royalty.

It has been quite a long time since I have been so intrigued in a series that I couldn’t wait week by week to know what happens in the story. The Promised Neverland hooked me from episode one, especially with its initial twist throwing my perception of the story into a complete tailspin. Ray, Norman, and Emma are three strong characters to get behind, with each showing their strengths while still having no problem leaning on each other. An excellent series showcasing the power of dread and slow-creeping terror, The Promised Neverland is a must for fans of horror and thrills.

This year has been a fantastic time to be an anime fan, so it was hard just to pick 10. Here is a quick list of honorable mentions that we haven’t finished, but well deserve a mention!

Who is ready for 2020? Leave me some suggestions of series to watch this year and who knows, your suggestion ould make it on next year’s list! 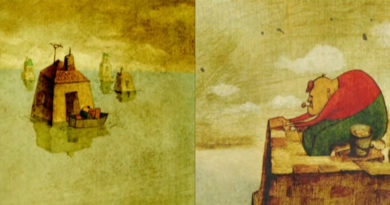 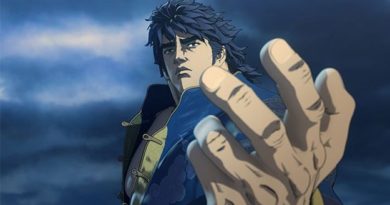 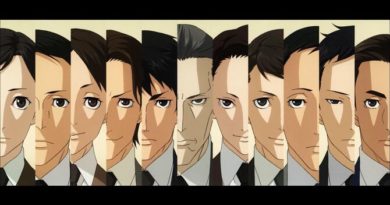