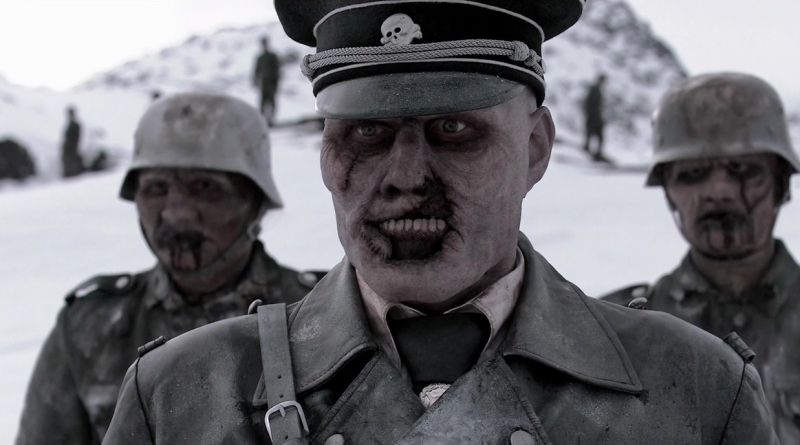 *Spoilers for the 2009 Scandanavian horror-comedy Dead Snow. Honestly, if you haven’t seen it already you’ve had 10 years you fools!*

Alright, since fellow Modern Neon staffer David has been so busy and having plenty of fun reviewing films from his past I wanted to join in on the fun! This time we are diving in headfirst into the brilliant world of horror-comedy with the Norwegian zombie film Dead Snow. How was the film held up in the last ten years since it first reached our shores? Now hold your gripes everyone, I know that seeing Norwegian screams zero English and you’re right, but move past it and enjoy a new cinematic world.  If anyone could sum it up the best, it is actually writer Nathan Lee over on NPR: “It may be “Scandinavia’s first Nazi zombie horror slasher feel-good film”.

Dead Snow starts off just like any other horror/zombie film, as our protagonists(?) consist of a group of horny pre-med students that decide to take a trip out into the remote wilderness to have a massive party and all of the wild drunken sex. After the more risque member of the group disappears while trekking across the land on her own, the gang makes their best effort to split up and make all of the wrong decisions. This includes making off with some cursed Nazi treasures that should be left alone. In the middle of their search, reanimated Nazi SS zombies take them apart from one by one, as our heroes fight back in a gory slugfest fashion.

So that premise sounds pretty cliche, right? Well, that is because Dead Snow is plenty aware that it is a complete satire of the zombie genre.  Hell, when the characters lose cell phone signal on their way up to the mountain lodge then even mention that it is like Friday the 13th. If that wasn’t enough, the characters remark on plenty of other horror cliches throughout the film’s runtime. Plus, Nazi zombies? That is essentially the normal person’s best target in a horror film! The benefit is that even though the film is a satire, these SS zombies are rather terrifying.

Since Dead Snow is obviously a satire, we shouldn’t expect much from the main characters. These characters are incredibly generic and not even worth mentioning by name, but this doesn’t draw away from the film at all. While not even the least bit interesting or worth investing in, all of the characters serve their purpose of death in a slapstick style for our amusement. Since we don’t have any desire or want for them to live, each of the characters’ subsequent deaths exist in this splatter fest for us to wince, cringe, and question our own moral compass.

The director of Dead Snow, Tommy Wirkola, took on the arduous task of balancing horror with slapstick comedy, which basically means that the deaths have to be over the top and ridiculous right out of the gate.  This is the area where Dead Snow doesn’t disappoint, as Wirkola has no problem dismembering and torturing his own characters. One of the first major deaths does come as a startling shock as they are decapitated through the window of the survivor’s cabin. While it was obvious that they were going to die, it’s rather sudden and jars the audience for the deaths that will follow.

While I may have mentioned that  Dead Snow is a bit of a splatter fest, that definitely doesn’t do the film justice. To put it lightly, there IS SO MUCH BLOOD AND WE LOVE IT! Alright Brandon, calm down. One of my personal favorite scenes in the film is a fight scene with lead meat bag and two SS corporals. Our protagonist is clearly outnumbered but is able to stab one of the zombies in the eye. Cue the blood! This fight isn’t over, as the second zombie tries to kill our hero as they are suspended over the edge of a cliff. Wait, suspended Brandon? What kind of movie is this? Oh did I forget to mention that they were suspended by entrails and intestines? Yeah, that is the level of gore we are talking about.

For being an independent film, I am generally surprised that Dead Snow‘s effects and cinematography are above par. The characters covered in blood stand beautifully in contrast to the white snow of the mountain. Also, did I mention how disgusting the entrails, decapitations, and disembowelments look? Top tier for your average moviegoer who loves their blood-covered mayhem.

Man, I have to admit that I almost enjoyed Dead Snow as much as I did back in 2009. I may be a sucker for gore and slapstick comedy, but the combination of the two genres is normally a bust for me. If you are looking for a horror film that will make you laugh while staring in awe at the complication of human anatomy spread on out all over beautiful snow, Dead Snow needs to be on your radar.

Are there any other projects/music/movies that you want us to check out? Let us know in the comments! 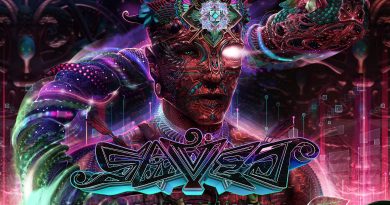 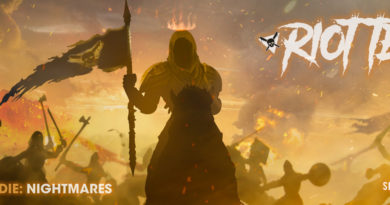 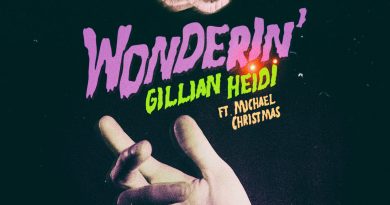