Hello everyone and welcome to my review of March 3rds edition of WWE NXT! Tonight’s highlighted match is Xavier Woods vs. Alexander Rusev, as Woods looks to gain his revenge on Rusev after his attack on him at NXT: Arrival!

Last week we saw The Dirtiest Diva in the Game (Still not sure if that’s the best nickname for her..) Charlotte take on Emma and defeat her. Now Charlotte’s BFF Sasha Banks takes on The NXT Womens Champion, Paige! An interesting note here, apparently WWE now sells NXT T-Shirts, They said The Ascension, Paige and Bo Dallas all have a Shirt, and one last thing I would like to point out is Tensai is no longer Tensai, apparently he now goes by the name of Jason Albert, but anyway onto the match! Sasha Banks is still pretty green, but for some reason she still looks good in the ring! She knows her limit, she stays to what she knows, and I think its brilliant! Sasha is able to keep Paige down for the majority of the match with some basic holds, but Paige was able to get back into it after hitting a couple of stiff clotheslines and following up with her new submission hold The Modified Scorpion Crosslock to force Sasha to tap out!

Rating – 5\10: A simple match here, that showed Sasha’s better moveset, and hid her flaws. Paige is excellent as always and really sold Sasha here tonight as a threat! an after match beat down by Charlotte further proves that she will be the next challenger for Paige’s Womens Championship, but a surprise save by WWE Diva Natalya, suggest that we may have a Triple Threat for the Womens Title, witch would be an excellent way to go to get the belt on Charlotte and hiding her flaws in the ring as well!

Corey Graves is heavily highlighted in this short video package from last week. We see how excellent Graves is a heel and it seems like this rivalry between Zayn and Graves is going to be a main highlight on NXT and I’m excited! Afterwards we are shown a Backstage Exclusive with Sami Zayn from last week, and I have to say this was honestly kind of bad. Zayn talked about his match with Graves, and honestly just kept repeating himself over and over and over again. I know he can do better than this!

We are shown a short picture slideshow of Mojo Rawley’s match on NXT Arrival, honestly was kind of dumb, but than we get to see a nice promo down by Mojo Rawley as we see him Hyping himself up in the back. So I’m excited to see Mojo in action tonight!

The NXT Tag Champs come out to a new chant of YAH! I gotta say I love The Ascension’s new T-Shirts! The only thing that saddens me about The NXT Champions, is that they have no real challengers! I don’t believe there are any other tag teams in NXT right now, so its unfortunate that we have to see them face Jobbers every single week. Another thing I would like to point out is I have been misspelling The Tag Champs names wrong Its Konnor with a K not a C and Viktor with a K and not a C, so my apologies! Anyway the match was hard hitting Travis Tyler sure took a beating from the Tag Champs! It was pretty cool to see Cal Bishop actually get the upper hand on Viktor, but it was short lived as Viktor got back on Bishop. Bishop made a quick tag out as Konnor rushed in a pulled Tyler in! The Ascension hit a gnarly move on Tyler they called The Guillotine, which is basically A whip into a high knee, after that The Ascension followed up with The Fall of Man to pick up yet another win!

Rating – 7\10: The Ascension is a kick ass team! They are hard hitting and I would love to see them in the ring with The Usos or The Rhodes Brothers on WWE TV! I really wish NXT had more Tag Teams though, because as great as The Ascension is, I wanna see them challenged!

I remember Wesley Blake! So it would appear that “A Real Cowboy” Wesley Blake is NXT’s resident jobber, s he takes on the massive Mason Ryan! but I do have to admit, I did not have high expectations for this match, but it actually surprised me! Wesley actually started to fight back, and honestly made it feel like this match could be his for the winning! Blake even got a one count of Ryan, and it may not sound like a big deal, but trust me for a jobber its a pretty big deal when you look good in a match! but Ryan did kick out and power up and hit some well placed punches before he picked him up and slammed him down for the three count!

Rating – 6\10: For a match that I thought was going to be quick and bad, it actually turned out to be great. Mason was pretty green last time I remember, but seems like he keeps getting better in the ring, and Blake did surprise me here as well. Well done for both men!

Devin Taylor is backstage to interview Bayley about the WWE Network! Bayley geeks out over the network and goes on to nerd out over her friend ship with Natalya and getting to meet WWE Hall of Famer Bret “Hit Man” Hart! Than Charlotte and Sasha Banks show up and begin to make fun of Bayley, but Bayley quickly grabs the Puppet Summer Rae and makes fun of Sasha Banks and says she can beat her in  a match! Charlotte begins to make fun of Bret Hart, before Natalya comes in and begins to pick fun at Charlotte’s father The Nature Boy Ric Flair! I gotta say this was a well done promo that showed off all four Divas and definitely sets up some exciting matches between a Second and Third Generation Diva!

Woods comes down to the ring, but this time he comes down with a more serious attitude as he looks for revenge against Alexander Rusev! before Rusev can even come out Tyler Breeze’s music plays as he comes down to the ring and says he knows that Woods and himself don’t get along but he has a bone to pick with Rusev too, so he kindly ask Xavier to leave. The two argue for a bit, before Lana comes out and introduces The Bulgarian Brute Alexander Rusev. As Rusev makes his way down to the ring, Breeze attacks Woods from behind and leave him there for Rusev to finish. It takes a little while, but finally the bell is rang and the beat down begins, as Rusev takes in to Woods. Xavier did get in a little offense as it looked like he was going to take Rusev down, but Rusev was able to get back in control, as he lifted Woods up and slammed him into the canvas before locking in The Accolade to face Woods to Tap Out for the win!

Rating – 6\10: Story Telling is what really added to the match, as we got to see a surprise appearance from Prince Pretty! and it suggest a rivalry between Woods and Breeze and possible Rusev also, but i don’t expect Rusev to waste his time with Woods and Breeze when eh should be main eventing NXT! I for one cannot wait for Rusev to debut on the main roster, and I believe with all the fighting Rusev and Woods have been doing, that Xavier Woods will find himself the first man defeated in Rusev’s long streak of wins!

Devin Taylor is set to interview The NXT World Champion Adrian Neville, but before we can get started The former Champion Bo Dallas interrupts and states in two weeks his nightmare ends and he can get his NXT Championship back! He than goes on to say his BO-Leivers are sick on Neville and his face, and his Big Ears, and his Flips and than goes on to say that he is sick of him and says Neville is out of his league, The Champion slaps Bo in the face and the two have  a stare down as were told in Two weeks Bo Dallas will challenge Adrian Neville for the NXT World Championship! I gotta say I was a little bit worried about how Bo Dallas would be without the world title, but I gotta say so far I’m impressed!

Colin Cassady has a huge opportunity here as he takes on The Former NXT World Champion Bo Dallas! Bo is looking to build some momentum for his match against Adrian Neville for the NXT Championship in Two Weeks, but tonight he needs to get through Big Cass first. Early on in the match Colin Cassady had full control over the Former NXT Champ as he overpowered him and took him down many times, but after the commercial break Bo Dallas found a way to get back into the match and ground Cassady with a headlock! Dallas fought hard against Cass, but whatever he did he could not keep Cassady down. Colin eventually found his way back into the match and even hit a huge Big Boot onto Bo, but could not keep him down for a three count. Bo got the advantage over Cassady by poking him in the eye I believe and hitting a DDT on Cass for the three count

Rating- 7\10: Despite the fact that Colin Cassady lost here tonight, he still looked good in the ring, taking the longest reigning NXT Champion to the limit shows that you have the skill to be in the main event. I definitely feel Colin Cassady will be in the NXT Main Event Scene soon! But tonight was all about Bo Dallas gaining some much needed momentum heading into his match against Adrian Neville for the NXT Championship in Two Weeks, and a well fought victory over Colin Cassady definitely gained him some of that momentum!

Superstar of the Night – Charlotte 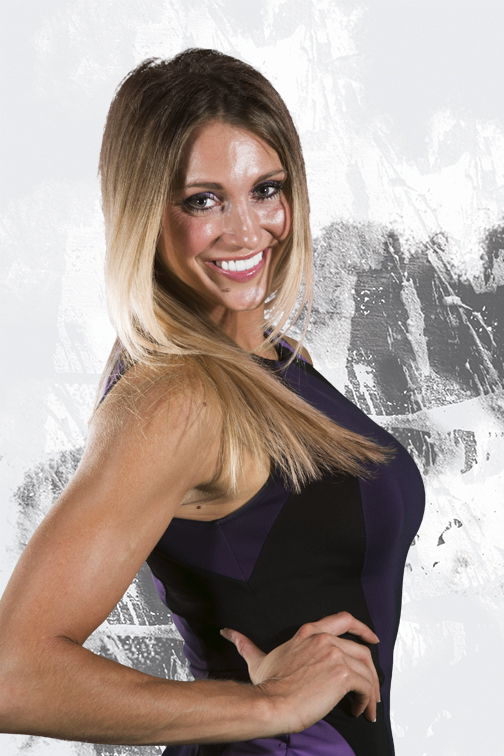 I may get a little gripe for this one, but I feel she deserves it! Even though she did not compete tonight, she was the highlight of the NXT Womens Division here tonight! Her after match beat down on the NXT Womens Champion Paige officially started her chase for the title, as tension between herself and Bayley grows and even a new rivalry against fellow generation Diva Natalya defiantly puts the Daughter of The Nature Boy in the highlight of the NXT Womens Division for awhile! 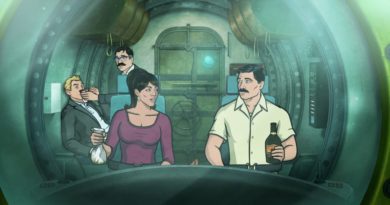 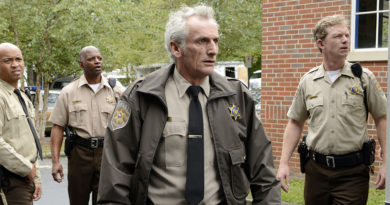 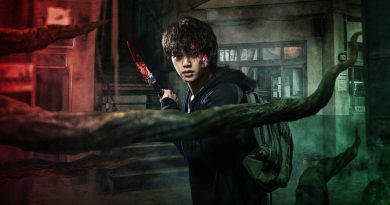