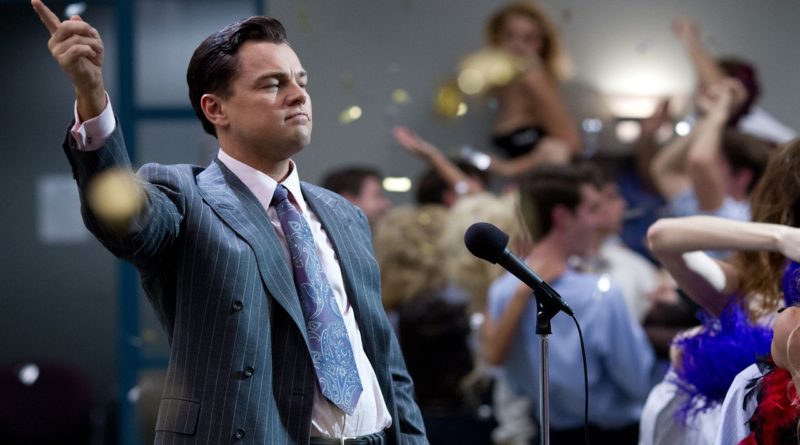 Hello everybody! For today’s movie club, we have the drug and sex filled black comedy Wolf Of Wall Street.

In the early 1990s, Jordan Belfort teamed with his partner Donny Azoff and started brokerage firm Stratford-Oakmont. Their company quickly grows from a staff of 20 to a staff of more than 250 and their status in the trading community and Wall Street grows exponentially. So much that companies file their initial public offerings through them. As their status grows, so do the amount of substances they abuse, and so do their lies. They draw attention like no other, throwing lavish parties for their staff when they hit the jackpot on high trades. That ultimately leads to Belfort featured on the cover of Forbes Magazine, being called “The Wolf Of Wall Street”. With the FBI onto Belfort’s trading schemes, he devises new ways to cover his tracks and watch his fortune grow. Belfort ultimately comes up with a scheme to stash their cash in a European bank. But with the FBI watching him like a hawk, how long will Belfort and Azoff be able to maintain their elaborate wealth and luxurious lifestyles?

Instead, The Wolf of Wall Street remains one-note even at is most outré, an episodic portrait of rapaciousness in which decadence escalates into debauchery escalates into depravity — but, miraculously, not death. It’s a movie composed of several memorable moments — Matthew McConaughey’s deranged Tuvan throat singing as Belfort’s early mentor; a spectacular and cosmically unjust rescue at sea; a tawdry rampage through Las Vegas that costs $2 million in hookers, drugs and hotel repairs; Belfort’s degenerate office parties. The film’s centerpiece is a Keaton-esque sequence in which DiCaprio delivers a druggy feat of physical acting that’s both appalling and viciously, viscously funny.

But to what end? The Wolf of Wall Street doesn’t implicate the audience in Belfort’s desires, the way Goodfellas seduced viewers with its intimate, textured vignettes of Henry Hill’s life in the Mafia. Belfort is too scuzzy, the material culture he inhabits too bland and superficial, to create that kind of vicarious sympathy. But nor does the film ever empower its saner voices to give Belfort an adequate dramatic foil.

Satire presented this broadly ceases to have any instructive or cleansing effect. It becomes burlesque—lewd, vaunting, and self-promoting—and you can get excited by it and feel slightly soiled at the same time. It’s not only the trading-floor and debauchery scenes that are directed in this overwrought way; Jordan and Donnie and their cronies in the Stratton Oakmont inner circle gather together and pelt every subject that comes up with profanity, some of it funny, some of it just repetitive and show-off raw. Scene after scene explodes into an obscene fight or an obscene mock-fight, staged with all of Scorsese’s stunning energy and pounding-temples anxiety. There are so many noisy moments like this that the movie has no possible climax—or it has so many climaxes that it seems like one almost continuous fit. Hysteria is not a very productive dramatic mode.

The few times that Scorsese releases his choke hold on the audience, he produces some fine moments, and at least two classic set pieces. At Jordan’s first brokerage job, Matthew McConaughey, playing the top broker, Mark Hanna, explains the facts of life: Never work for the client, always work for yourself. Don’t let the client cash in his winnings, argue him into reinvesting, and take the commission. McConaughey, who has been on a roll of his own in recent years, speeds up his Texas drawl, which somehow makes the sleazy advice even more potent. As McConaughey instructs, holding up a little vial of cocaine and caressing the air, DiCaprio listens closely, and you can actually see Jordan learning. At that instant, he comes across as extremely intelligent, even appealing. Afterward, he’s hardly an imaginable, or a bearable, human being. 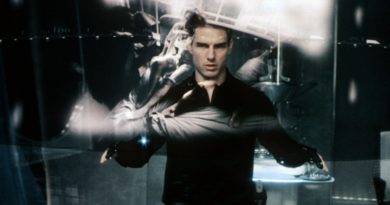 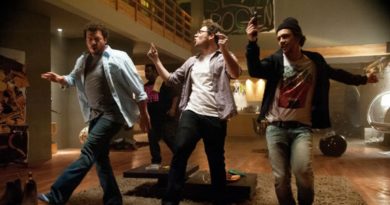 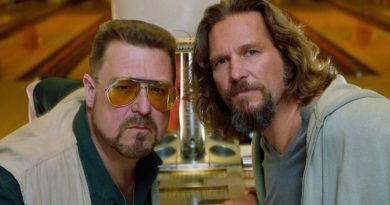 The Big Lebowski: The Rug is the Real Victim