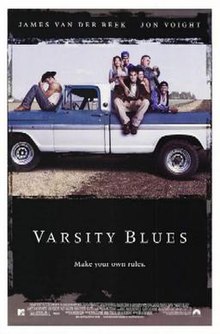 In small-town Texas, high school football is a religion. The head coach is deified, as long as the team is winning and 17-year-old schoolboys carry the hopes of an entire community onto the gridiron every Friday night. In his 35th year as head coach, Bud Kilmer (Jon Voight) is trying to lead his West Canaan Coyotes to their 23rd division title. When star quarterback Lance Harbor (Paul Walker) suffers an injury, the Coyotes are forced to regroup under the questionable leadership of John Moxon (James Van Der Beek), a second-string quarterback with a slightly irreverent approach to the game. “Varsity Blues” explores our obsession with sports and how teenage athletes respond to the extraordinary pressures places on them.

Varsity Blues has a paint-by-numbers story that offers no surprises and a hero and villain etched in white and black with few shades of gray. Kilmer is a bully and racist who will do anything to win, including shooting up his players with painkillers when they are seriously injured and forcing them back onto the field. The thoughtful, idealistic Mox remains unspoiled even after his suddenly elevated status turns him into a local god plied with offers of sex and free beer.

The story may be pure Hollywood formula, but Varsity Blues gets its digs in at the football fanaticism that grips everyone in West Canaan except for Mox and his girlfriend, Julie (Amy Smart). Football is portrayed as more than just a passion; it is organized mass hysteria that allows a town parched of culture to put on blinders and imagine that the outside world doesn’t exist. The movie is especially critical of the team members’ fathers who have physically gone to seed but remain emotional adolescents living vicariously through their sons.

A thread of bawdy high school humor runs through the movie. When a pretty girl wants to seduce a quarterback, she invites him over to her house and slithers up to him wearing a bikini made out of whipped cream. The local high school also happens to have a sex education teacher (Tonie Perensky) whom the team members discover working in a topless bar.

Taken as a whole, Varsity Blues is not completely without merit. Mox’s moral dilemma, while not the substance of great drama, is moderately engaging. His sudden superstardom bestows a false sense of indestructibility upon him, and his newfound arrogance brings him into conflict with the coach. He must also determine whether his football success offers him enough of a future in the sport to derail his plans to attend an Ivy League school. And, of course, there are romantic complications (although these are played out with a minimum of melodrama). Missteps in Varsity Blues include a painfully inept subplot involving Mox’s younger brother, who is obsessed with different religions (this is supposed to offer comic relief), a tangent featuring a sex ed teacher who strips on the side, and the trite ending. The final fifteen minutes force-feed us with an unfortunate resolution that devaluates this movie from the level of solid entertainment to a sporadically enjoyable diversion. 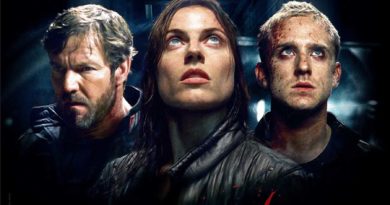 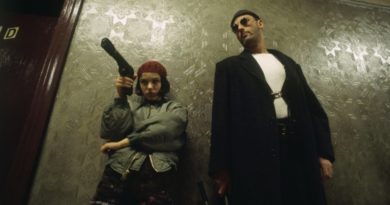 The Professional: A Frenchman and Nathalie Portman 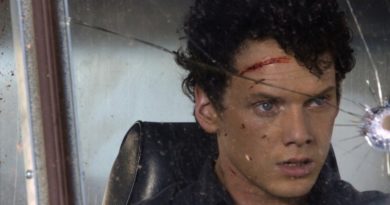 Odd Thomas: He Can See The Dead!