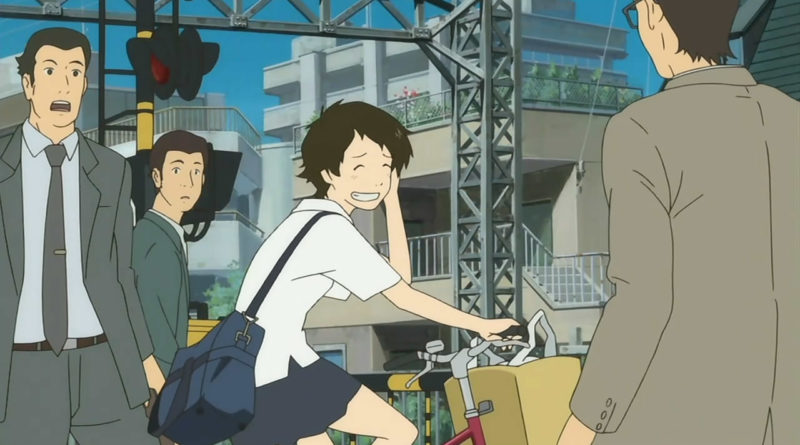 Hello everybody! For this week’s anime club we have The Girl Who Leapt Through Time.

THE GIRL WHO LEAPT THROUGH TIME 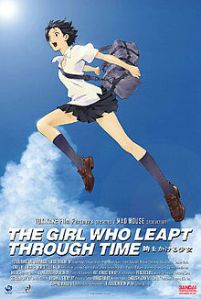 Makoto Konno finds herself running late for school on 7/13. Her entire day seems to be one bad incident after another: she fails a surprise test; singes her hair from a cooking class accident; ends up being knocked over by two guys horsing around. After being on clean-up duty in class and assigned to return text manuals, she makes her way into a science lab after hearing some movements in it. To her bewilderment, no one is there. Intrigued by a small object on the floor, she is momentarily startled and falls on her back when someone enters the room. As her left arm lands on the object, a series of strange images fly past in her mind, before she eventually finds herself lying on the ground alone. She hangs out with her best two buddies in class and tells them of the incident. Neither the ridicules from the playful Chiaki nor the concerning words from the kind Kosuke removes her doubts. 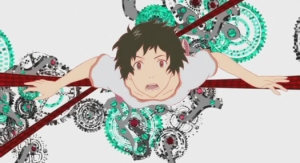 After school, Makoto goes to see her Aunt at an art museum. However, the brakes on her bike give out as she races down a hill, and she ends up hitting a guard-rail, flying into the path of an passing train. However, instead of dying, Makoto finds herself lying several yards on the way to the train crossing, and watches as the same train goes by. Makoto eventually makes it to her Aunt’s workplace, and explains the strange incident. Her Aunt calmly explains that Makoto experienced a ‘Time Leap’, which allowed Makoto to leap back in time several seconds before the accident that would have killed her.

The film is one of the most heart-wrenchingly beautiful pieces of fiction that I have had the pleasure of watching many times, leading me to wonder how or if the book would do it justice. I wondered how the raw and powerful emotion would translate to a static medium without the aid of music or audible vocal emotion. Now I’m not saying that books can’t have the same level of power as film, because they can and in some ways can achieve it on a far more intense level. This is usually down to the fact that we have been introduced to the story/characters through description and clever use of written language. When it comes to comics though, I find emotion translates far worse due to the fact that the description is generally no longer written, as we have fallen into the ‘show, don’t tell’ mentality of the more visual medium.

Following that moment, a series of strange plot developments unfurl. Though they are not altogether thoughtless or unwarranted, they are still odd. An attempt to explain the girl’s unexplained ability and the subsequent 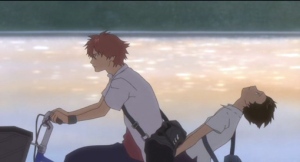 consequences is unveiled to have some shape and form, however shapeless and without form that explanation truly gives. The end result is, like all of the film, inevitable; they simply get there in a method that might not be how it all began, and leaves a few more questions unanswered than needed.

Yet Makoto’s story is a touching one. “The Girl Who Leapt Through Time” is not without heart and depth. The triangular relationship between her and her two friends Chiaki and Kosuke is nostalgic and well placed. The reminiscent whims of immaturity and the brutal realities of a future of growing up and taking command of one’s life without the assistance of the future is not always what we want, but it is what we need. 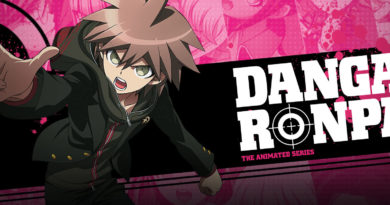 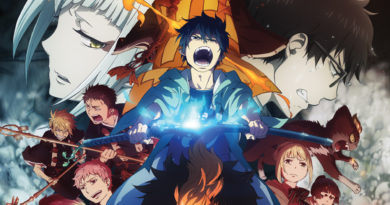 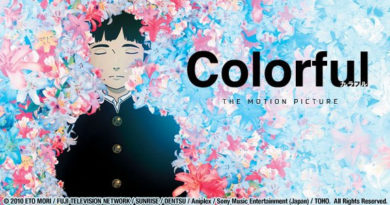