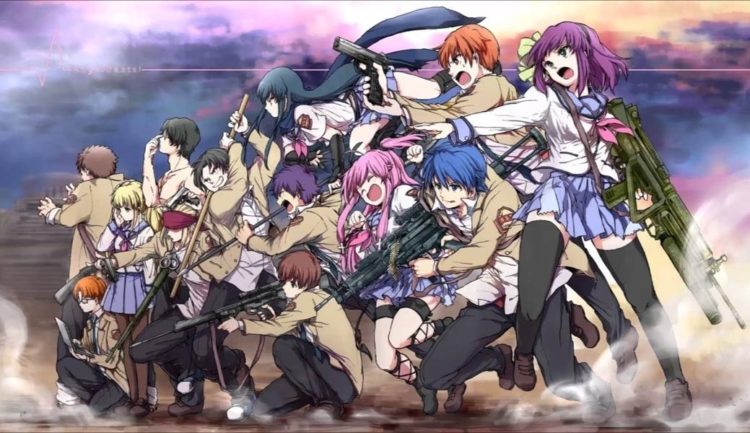 So nothing good enough yet to post from the new guys, so I am going to dabble into the anime section for a bit. Here is the first anime review of the week. I think every Wednesday I will be posting anime reviews. On to the review!

Enjeru Bītsu!, you know I am just going to call it Angel Beats! from now on, it is more well known by that name anyway.  Angel Beats! is a story about many teenagers that died when young in many various ways and are sent into a state of purgatory. This state is resembled by a Japanese high school, containing humans, characters without “souls” (NPCs), and an Angel. All of the main characters’ stories are sad (I say main only since the majority of the character’s background is quite unknown), while some are much more depressing than the others.  For example, one girl named Yui was paralyzed for the majority of her life, never getting to enjoy life like everyone else. She slowly passed away from depression and other diseases in her sleep.

The series follows for main characters: Yuzuru Otanashi (a new arrival who suffers from Amnesia), Yuri Nakamura (leader of the Afterlife Battlefront), and Kanade Tachibana (also known as Angel, she is the main antagonist for the majority of the series).  The Afterlife Battlefront’s ( Shinda Sekai Sensen)  main purpose is to fight and oppose god for having all of the members suffer while they were living.  Yuri is particularly all for this goal since her story can lead someone to completely judge their belief system in god (or another higher power). I don’t want to spoil her story, because it is one of the best ones.

From left to right:

This series is absolutely wonderful. It is action packed, it is hilarious, and even incredibly sad. I don’t want to spoil much, but below follows mild spoilers about one of the characters:

“Ayato Naoi is a human originally thought to be a Non-Player-Character (non-human). After he died, Naoi developed hypnotic powers that allow him to control others and cause them to enter a dream-like state. In life, he was the son of a famous potter. However, it was his twin brother who had the talent in pottery and as a result, Naoi was ignored by everyone. When his brother died, he was made to replace him by his father and was given strict training in pottery. As a result, he felt as if his own life was fake and all he wanted was to be acknowledged for his own existence.”

After Naoi murders all of the Afterlife Battlefront (which doesn’t matter too much since they die all the time and the just revive a couple of hours later), Otanashi manages to convince Naoi that his life is worth living. It is by far one of the most emotional scenes in the series.

– Some episodes could be cut, others could be added (SEASON 2!!!)

******You can find the entire anime on YouTube in Japanese, but if you have Netflix you can have it dubbed in English*******

Here is the opening theme if you would like to take a look: 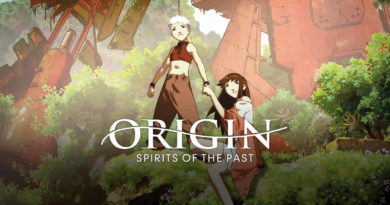 Origin: Spirits of the Past…Terraforming on the Moon? 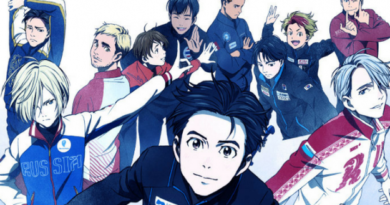 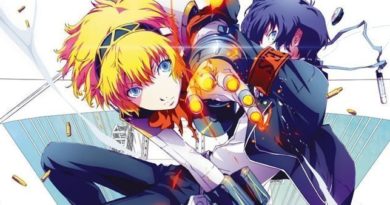