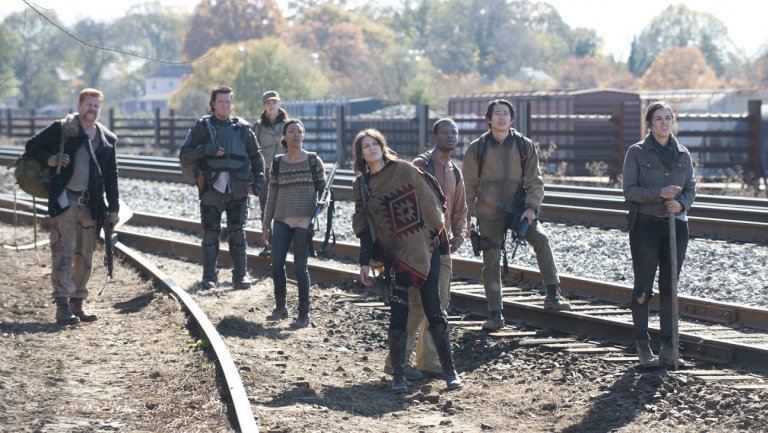 Hello everybody! Today we have a quick review of the fourth season of The Walking Dead. The review will focus mainly on episode 16 A, but we will have a quick rundown of the season as a whole. 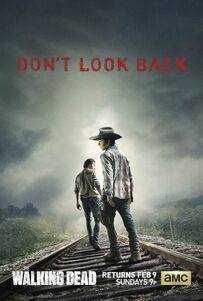 The episode cut back and forth between the start of the season — explaining how Andrew Lincoln’s former cop became “Farmer Rick” — and present day when he, Carl (Chandler Riggs) and Michonne (Danai Gurira) are making their way toward Terminus, scavenging for the smallest of animals as they’re all desperate for food.

After Carl hears screams in the distances and moves to help a stranger being attacked by walkers, Rick pulls him back to leave the poor guy to be completely consumed in an effort to protect his son. The trio makes camp for the night at an abandoned SUV before heading the home stretch into Terminus — allowing Rick a bit of extra time to recover from the brutal beating he took from The Governor.

As they’re relaxing for the night, Joe (Jeff Korber) crosses paths with Rick and holds a gun to his head while the rest of his band of Claimers guard Carl and Michonne. It’s then that Daryl (Norman Reedus) stops Joe — who was moments away from killing Rick as payback for killing his friend, Lou, at the house in the midseason premiere. Daryl tells Joe that Rick is a good man, and Joe accuses his group’s newest member of lying and orders the rest of his gang of gross guys to basically kill him.

In the meantime, one of the Claimers pins Carl to the ground and is poised to rape the boy. Enraging at what he sees being done to his son, Rick head-butts Joe and savagely bites the leader of the Claimers in the neck, leaving him to bleed to death. It’s then that Rick goes after Carl’s attacker and repeatedly stabs him to death in one of the most brutal scenes the zombie drama has featured of human-on-human violence. Worse: Carl watches with a hint of delight as his father exacts revenge on his attacker.

Afterward, Michonne consoles Carl — who explains he wasn’t afraid of seeing what his father did but instead explains that he is most worried that he’s becoming a monster and enjoying scenes like what he just witnessed. As for Daryl and Rick, the former helps his old friend clean up after the bloody attack and Rick reveals that he sees Daryl as a brother and reinforces that he hasn’t become this violent person but instead was a father doing what ever it takes to protect his son.

The trio then head to Terminus, approaching the gated community with extreme caution and burying their extra weapons in the dirt outside of the fence. They sneak in the back way and meet Gareth who, like The Governor, seems on the surface to be a kind man and offers the trio food and shelter after they take inventory of their weapons. Gareth instructs Alex to take the trio through Terminus and they meet Mary, who offers them heaping plates food.

But before anyone can get comfortable, Rick notices the pocket watch Hershel (Scott Wilson) gave to Glenn (Steven Yeun) hanging from the pants of one of the Terminus residents and demands to know where Alex got it from. Alex lies and says he ripped it off a dead one and the other Terminus folks explain that Maggie’s (Lauren Cohan) poncho and Eugene’s (Josh McDermitt) riot gear were similarly pulled off dead bodies. It’s then that Gareth commands one of his people to kill Rick, only they miss and kill Alex — prompting a close-range shootout.

The Terminus team — who have snipers set up across the compound — take a bazillionshots at the trio and miss at relatively close range as they’re meticulously pursued through the compound, hearing screams from other shipping containers spread throughout the yard. Rick realizes they’re shooting at their feet as he, Daryl and Michonne make their way through a creepy candle room that resembles a memorial with names written on the floor next to their presumed personal belongings. Troublesome phrases –“Never again.” “Never trust.” “We first, always.” — are written in bold letters across the wall. As they make their way through the rail station, they pass a massive pile of what appears to be human bones — including a very distinctive ribcage — before our trio come to the end of the line and are forced to face Gareth.

One by one, Gareth instructs them to make their way into a rail car marked “A” as Rick, Daryl, Michonne and Carl enter the confined space where they are reunited with Maggie, Glenn, Tara (Alanna Masterson), Bob (Lawrence Gilliard Jr.), Sasha (SonequaMartin-Greene), Abraham (Michael Cudlitz), Eugene and Rosita (Christian Serratos). Maggie quickly explains to Daryl and Rick that Abraham, Eugene and Rosita helped save their lives. Pissed that they’ve encountered another psychopath, Rick delivers a version of an iconic line from the comics to end the season: “They’re going to feel pretty stupid when they find out … that they’re screwing with the wrong people.”

The season finale set up a slew of questions for season five, including:

• How are they going to escape that rail container?
• What was with that dried package of milk outside the rail car?
• Where’s Beth? Could she be the one who’s being cooked on Mary’s outdoor grill?
• What happened to everyone at Terminus that prompted them to become what they seem to be now?
• What kind of emotional toll will Carl’s near rape and capture have on him?
• Are Carol, Tyreese and baby Judith still on the way to Terminus or were those screams theirs? (And is Beth in one of the other containers?)
• How are Rick and Daryl going to fare with Abraham and Eugene?
• How evil is Gareth and how does he compare to The Governor?
• Does the creepy candle room indicate the Cannibals have some humanity left? 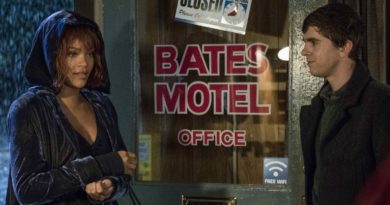 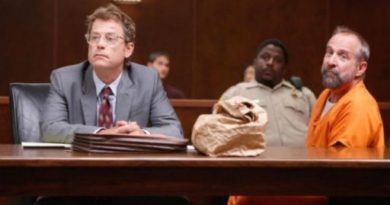 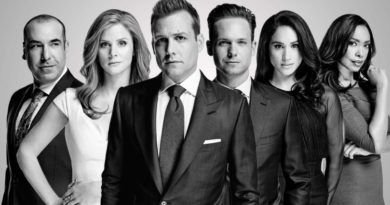 Suits Season 3: No Longer a Lawyer…