Hello everbody! For today’s movie club we have the film based off of tv show Veronica Mars. 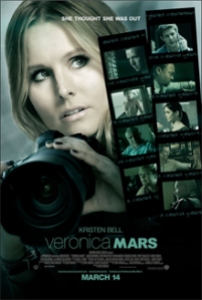 Former teenage private eye and now an aspiring New York City lawyer, Veronica Mars gets one phone call from ex-boyfriend Logan Echolls and she gets pulled right back into the seedy underbelly of Neptune, California. Logan’s pop star girlfriend, Bonnie DeVille, has been murdered and he needs Veronica’s help to clear his name. DeVille is a fellow Neptune High alum, and her murder and Veronica’s return to Neptune coincide with their 10-year high school reunion. Veronica is face to face with old friends and foes alike and finds it’s much harder to leave home a second time. 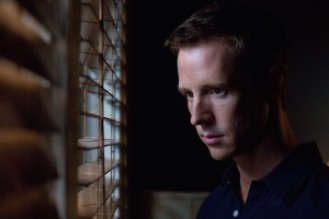 The faithfulness evidenced by Rob Thomas to the established fan base is laudable. Veronica Mars is their dream project. The film moves the title character’s life forward, gives viewers a chance to reconnect with their favorites without bogging things down with too much narrative, and makes some significant changes to the overall Veronica Mars landscape. The ending leaves open the possibility of sequels or possibly a TV/web-based series.

The degree to which Veronica Mars works is proportional to the viewer’s familiarity with the defunct 2004-2007 TV series. Funded by fans and directed by showrunner Rob Thomas, this is an unapologetic valentine. Those with limited exposure to Veronica Mars will see this as a bloated, unexceptional mystery/thriller with a charismatic lead and a lumbering plot. True believers, however, will love the seemingly endless stream of cameos (it seems like everyone who ever appeared in the series gets a least a few seconds of screen time) and the chance to spend a couple of hours with their favorite heroine.

Sound of My Voice: Let’s Document a Cult!

Warm Bodies, Time for a Zom-Rom-Com!