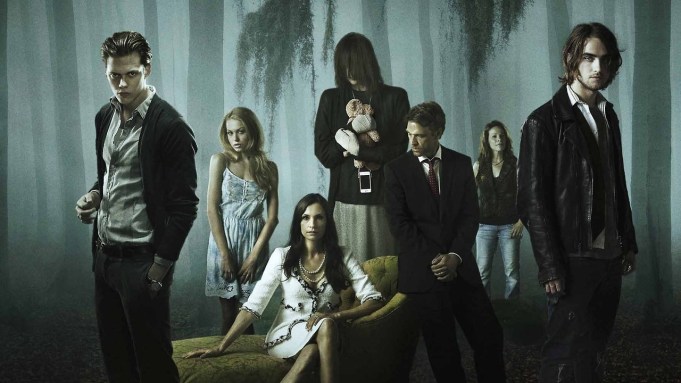 Hello Everybody! On Today’s new movie/tv show, we have Netflix’s Hemlock Grove.

The series is set in the town of Hemlock Grove, Pennsylvania. The town is a mixture of extreme wealth and poverty, as the closing of the town’s steel mill many years earlier caused many to lose their jobs. The town’s main sources of employment are now the Godfrey Institute for Biomedical Technologies and Hemlock Acres Hospital. Heading the Institute – which is rumored to conduct sinister experiments on a daily basis – is the imposing Olivia Godfrey (Famke Janssen), while Hemlock Acres’ lead psychiatrist is Olivia’s dead husband’s brother, Dr. Norman Godfrey (Dougray Scott).

As season one opens, the town’s rumor mill turns even more twisted, as two teenage girls are brutally killed and their bodies left for unsuspecting people to find the next day. Peter Rumancek (Landon Liboiron) a 17-year-old roma boy, is suspected of the crimes by some of the townsfolk; he is also rumored to be a werewolf. While secretly he is a werewolf, he is not the killer, and, along with the heir to the Godfrey estate, the troubled Roman Godfrey (Bill Skarsgård), he sets out to solve the mystery.

Rounding out the main cast of characters of the first season are Norman’s daughter and Roman’s cousin, the beautiful, pregnant, Letha Godfrey (Penelope Mitchell) who claims the father of her unborn child is an angel from Heaven, and Christina Wendall (Freya Tingley), a lonely girl who becomes interested in Peter.

For season two, two former supporting characters were promoted to the main cast of characters: Peter’s con-artist older cousin Destiny (Tiio Horn), who makes her living as a psychic medium, and Dr. Johann Pryce (Joel de la Fuente), the lead scientist of the Godfrey Institute, a brilliant but ruthless man of science, gifted with super-strength. A cult has arisen that is bent on destroying the supernatural creatures in Hemlock Grove by any means necessary. To make matters worse, both Peter and Roman struggle with their nature, as Peter risks becoming the same killer from the first season and Roman, after his full immersion with his true nature in the first season, has developed an insatiable hunger to kill. As they fight their enemies and deal with their situations, they must also deal with the monsters they are becoming, or have already become.

The new episodes are mediocre in terms of plot and character development, but they’re also consistently paced, and no longer bogged down by exposition: They smooth out the rough edges, avoid anything too strange, and minimize the slow, pondering moments of faux-profundity. This sort of stylistic reboot is a blessing and a curse, as it makes the series easier to watch on an episode-to-episode basis, but it also fails to compel you to continue.

Hemlock Grove, unfortunately, is absolutely dreadful. The Roth-directed drama is an almost unwatchable muddle of horror tropes and painfully creaky dialogue. The show is set in an eerie Pennsylvania town that is equal parts Twin Peaks;Twilight’s Forks, Washington; and Buffy the Vampire Slayer’s Sunnydale. The brutal murder of a high school student puts the entire town on edge, particularly since it appears that she was ripped apart by a wild animal while en route to a lesbian encounter with her teacher. 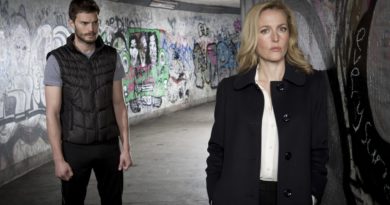 The Fall: Chasing the Spector 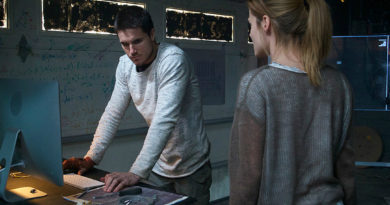 Arq: Netflix is on the Edge of Tomorrow 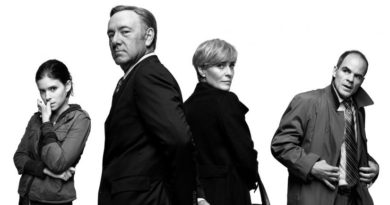