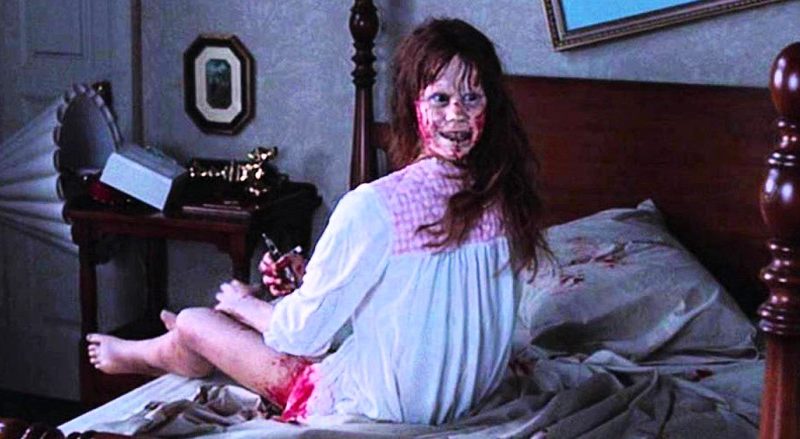 Hello everybody! Today for Halloween Horror movie club we have the horror classic The Exorcist.

A movie actress taking up temporary residence in Washington D.C. has her troubles. The script for the movie she’s filming seems inadequate. Her ex, who is also the father of her adolescent daughter, Regan, neglects to call the girl on her birthday. And the attic has rats. Meanwhile, Father Karras, a priest and a psychiatrist, is losing his faith; and he’s dealing with a sick mother who needs medical care he hasn’t the money to provide. Another priest, the old and ailing Father Merrin, has just returned from Iraq with forebodings of evil. These three persons meet when the sweet and cheerful Regan turns foul-mouthed and violent. But her sickness is beyond the reach of a medical doctor or a psychiatrist. What Regan needs is an exorcist.

As it appears in the original cut, the story progresses at a speed that jolts the viewer with information about the characters and burgeoning evil onscreen, until the culmination with the ending’s exorcism. The film’s enduring themes of good versus evil, science versus religion, new versus old, and faith versus doubt come to fruition within the first scenes of the prologue in Iraq. Father Merrin (Max von Sydow) joins in the unearthing of an ancient tomb in Nineveh; there he finds a small carving of Pazuzu, a wind demon from ancient Mesopotamian mythology. Something heavy weighs on him, and he seeks out a large standing sculpture of Pazuzu. There, positioned opposite Merrin within the frame, looms a massive, man-sized sculpture of demonic origins. The shot foreshadows the forthcoming battle between Merrin and the demon, but also establishes thematic confrontations that appear throughout the film.

Though, the notoriously troubled production remains infamous not only for the resultant effect on the audience, but for the controversy surrounding subsequent releases. Blatty wanted Friedkin to direct because, as a Jewish filmmaker with largely agnostic views on spirituality, Friedkin would know exactly how to dispel the doubts of his viewers. Warner Bros. had not considered Friedkin a suitable choice until he won his Best Directing Oscar for The French Connection; although, Blatty threatening legal action against Warner unless they hired the director he wanted surely influenced their decision. Friedkin rightfully believed the message of the film to be evident within the plot structure, whereas Blatty wanted the spirituality emphasized through palpable symbolism. Friedkin and Blatty argued endlessly during filming and the editing process about scenes that should be cut; but ultimately, Friedkin won these arguments and the film was released to his specifications. 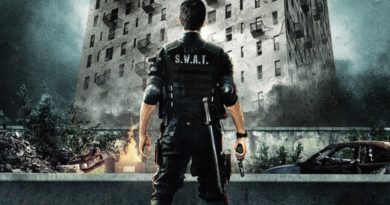 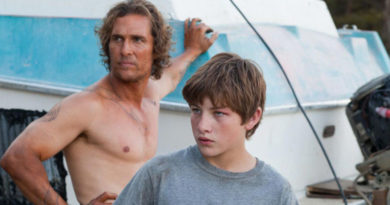 Mud (2012) Mcconaughey is Not a Fugitive