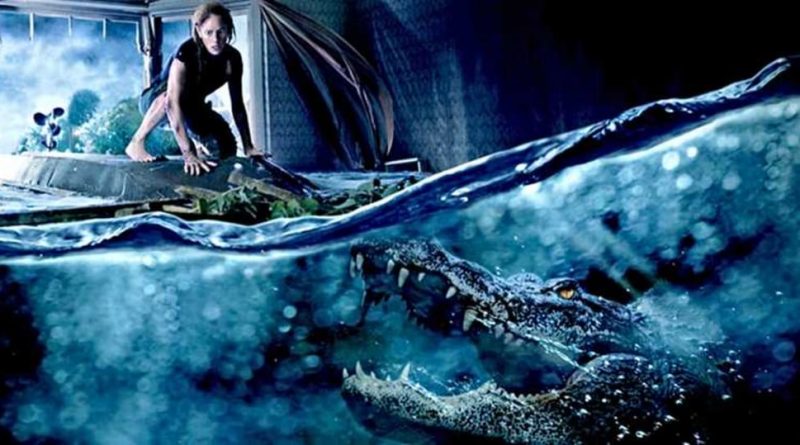 This summer, stay out of Florida.

As if a destructive hurricane isn’t enough, now we got gators. Great. Nothing screams Florida stereotypes like gators and hurricanes. But let’s be real: they have both. And now the gators are stuck in your crawlspace with you and you have to save your father before the hurricane drowns you both. This is the plot of Crawl in a nutshell. It doesn’t get much deeper than that, as badly as I hoped it would. Is Crawl enjoyable enough to watch all the way through or read this article all the way through? Hmmm…

Crawl has the premise of your below-average over-the-top Syfy channel movie-of-the-month. But as soon as I saw the Sam Raimi-produced billing, I felt that this may be a better movie in person than on paper. I was delighted to have some form of character-building at the forefront as we see the lead woman swimming in a swim competition. Yup. That’s right. We know the movie is about gators and now we know the protagonist is a kickass swimmer. Needless to say, the foreshadowing is extremely heavy-handed throughout. If Raimi were the director or writer, I’d say the foreshadowing may be sneakily intentional because we all know Raimi’s penchant for stylistic screwball humor.

As lead Haley (Kaya Scodelario) drives into a particular part of Florida to go find her father, the hurricane’s strength is making itself known. Heavy winds, heavy rains, evacuation crews, and so forth. As the story unfolds with quality pacing, I found myself glued to the TV. Not because of the story which, up to this point, is just not that interesting. I’m glued to the TV because this movie LOOKS GOOD. I mean, say what you will about the absurd plot, but this film is flat out gorgeous. 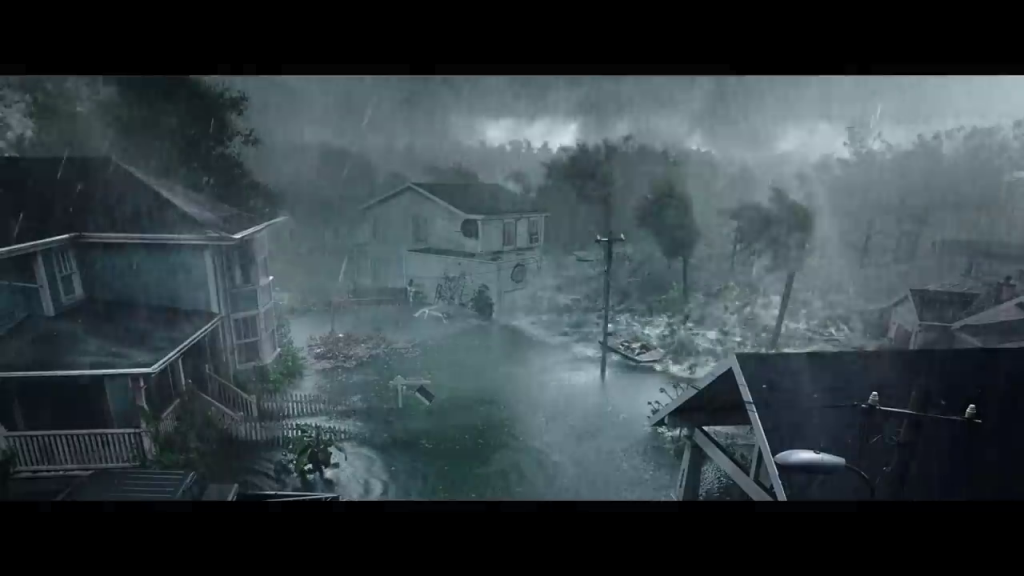 The cinematography is downright sharp as a razor with high-definition filming and brilliantly choreographed camera movements. They opted for more static and on-rails style filming as opposed to the more popular handheld “shaky” camera we see in most of today’s tight-quarters action movies. I’m a fan. It lends a level of professionalism and “big 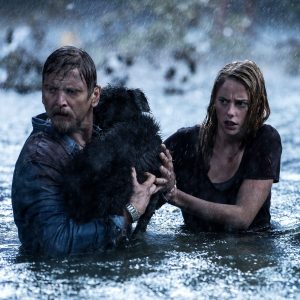 budget” look I didn’t expect. While much of Crawl takes place in and under the house, the b-roll shots of the storm and its powerful wind and rain are so beautiful. “Artistry” is the best word I can think to describe the look and presentation, and I can’t praise it enough.

Aside from Crawl being very easy-on-the-eyes, I get a strange feeling as I traverse further into the film. I think the strange feeling is because Crawl is a very organized movie with seemingly no spontaneity. Although I like how neat and tidy everything is – like playing Tetris with nothing but squares – it takes away my drive, motivation, and staying power. I quickly lost interest the deeper I dove into the film, despite the pockets of excitement and intrigue.

As fun and entertaining as I’ve been making Crawl out to be (okay maybe I haven’t made it sound that fun), I eventually succumbed to boredom as the monotony settled in… HARD… somewhere around the 45 minute mark. The father (Dave, played by the underappreciated Barry Pepper) and daughter (Haley) are trapped in the crawlspace and they have to escape vicious killer gators before the water rises and drowns them. Haley is the lead, so we know she’s going to make it out alive. I reached a point of just not giving a darn, and I couldn’t bring myself to care anymore. Tear her apart and end this movie, please.

It only starts to pick up again as soon as the levy breaks, triggering the alarm and sending a huge surge of water their way. When Crawl finally ends, you can’t help but feel justifiably elated yet also regretfully guilty of wasting your Friday night. 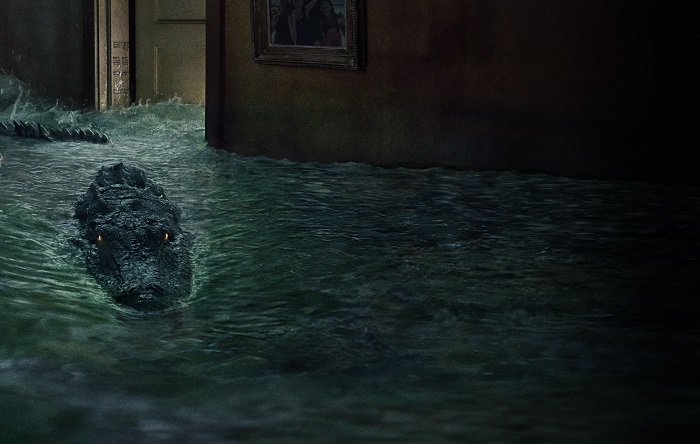 Overall, Crawl is an attractive monster / peril popcorn flick with exquisite cinematography. 20 years ago, Crawl would have been a perfect summer-popcorn-flick, but I’m not convinced this style of film has legs for today’s world. It seems to me that Crawl aims to be Jaws for a new generation, albeit less pronounced and wildly less culture-changing. The acting is solid and the visuals are great, but it’s not enough to justify the existence of this movie in a 90 minute format. I think Crawl would have been better suited as an hour-long mini-movie TV special. Jaws, it is not. Fun, it is not. Worth a one-time watch, it is.

What do you think – am I being too harsh? Is this Raimi-produced movie better than I made it out to be? Did I use enough hyphens in this article? Leave comments below. 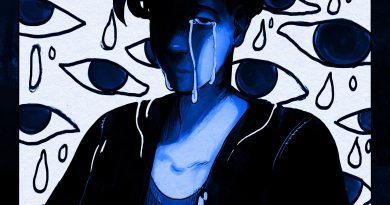 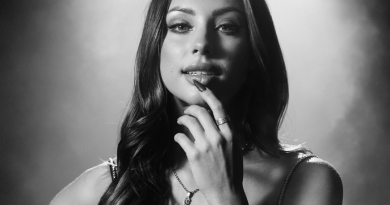 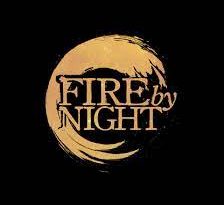