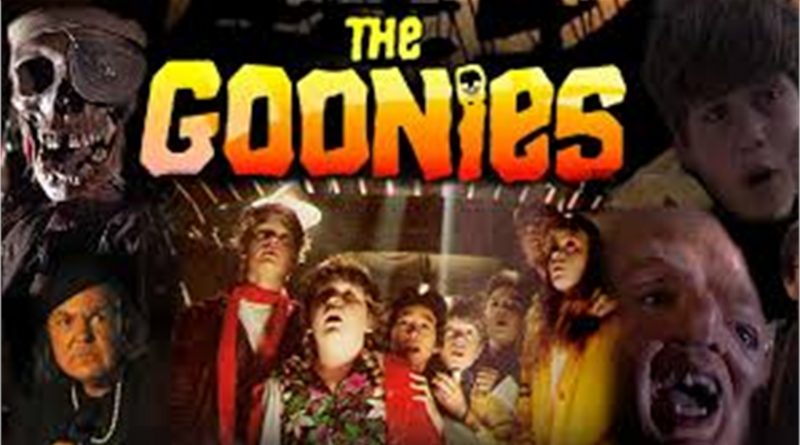 And neither do Goonies fans! The Goonies is one of the most enduring movies from the 1980s, and I get it. It’s a damn fun movie, transcending the “cult classic” moniker with timeless quotes, memorable scenes, and an all-star cast that is STILL… ACTING… TODAY! With adventure movies being one of the hottest genres of the early to mid 1980s, it’s no surprise that Steven Spielberg saw a void in the industry and penned the story to fill it. What movie-goers were graced with: a fun, exciting, real-deal adventure movie aimed at youth. The rest, as they say, is history.

The Goonies is fairly original, but not without drawing some inspiration from other adventure movies of the era. When I watch other big-budget comedy-laced action movies like Romancing the Stone and Indiana Jones, I see where The Goonies gathered some of its elements. The feeling of a chase and being chased in Romancing the Stone shines through, but it’s the Indiana Jones-inspired “treasure hunt” theme that takes center stage. These themes work well in adult movies, so why not in a pre-teen / teenage movie?

B: Hey all, Brandon The Goonies newbie here. In preparation for this segment of Modern Rewind, I finally watched The Goonies with fresh eyes a meager 35 years after release, While I agree Spielberg crafted a fantastic adventure movie for the era, I feel that there are other films that serve as personal landmarks for the 80s adventure genre. For example, I would personally watch Stand By Me any day over The Goonies. 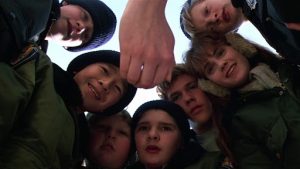 35 Years – Strength In the Characters

Plain and simple, The Goonies is downright fun as hell. Even today! Being released in 1985, one can fully expect a few outdated moments, if not more than a few. The Goonies was never expected to look like Star Wars, and it never needed to. Its heart is in its characters whom are masterfully crafted and allowed to be bold, vulnerable, funny, and imperfect. The character building is absolutely on point, a rare feat for a film with SEVEN+ lead/supporting actors! You feel for these kids, but more so as the story develops. It feels like we never really stop learning about the characters, all the way to the end.

B: I agree with David, this is one of The Goonies biggest strengths. With a rather large cast for this type of film, Spielberg and Co do a fantastic job of juggling each one of the main characters and give them substantial time to grow. Characters are the most important element of a story for me, so this effort is what kept me entertained throughout The Goonies. 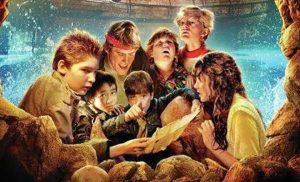 The Goonies’ writers and its director tackle some moderately heavy life moments such as teenage love, feeling alone and unwanted by your parents, being bullied, not knowing where you’re going to be sleeping next, and more. These heavy themes aren’t exactly front and center, nor are they left to dwell for long, but they aren’t subtle or hidden either. It lends a sense of realism to an otherwise improbable and funny adventure movie.

In 2020, we look back at The Goonies and reminisce on a simpler time. A time before technology — cell phones, internet, modern video gaming, movie streaming services — when kids actually got out of the house and went on adventures in their town. Today’s youth may not fully understand the perceived glamour of such freedoms, because to them it is uncharted waters. But the simplicity of their lives makes us look back with a long sigh, wishing we could go back to the days of no responsibilities.

Much of The Goonies’ cast went on to have success after this movie, and some are still mainstays on big-name shows and movies. 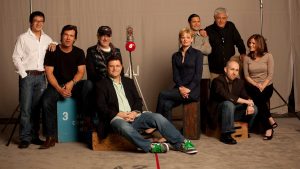 I think part of what makes The Goonies timeless and everlasting is that the allure and dream of adventure is something that never leaves your spirit. It’s part of our human nature. The idea of buried treasure, a treasure map, pirates, and going on an adventure without adult supervision was something us kids could only dream of! As many of us were exposed to The Goonies at a young age, it’s the kind of youthful thrill that may stay with us forever.

Some of the set-builds and practical effects are showing their age, but that shouldn’t detract you from The Goonies’ charm. It is a quaint and entirely uncomplicated popcorn flick. Although rated PG, it would easily get slapped with a PG-13 rating by today’s standards. The Goonies was fun and exciting in 1985, and it’s still fun and exciting today!

B: Even though I don’t share that childhood wonder and sentiment for The Goonies like David does, I do recommend giving The Goonies a shot, especially if you are running low on 80s classics while in quarantine. 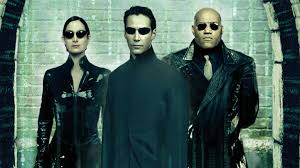 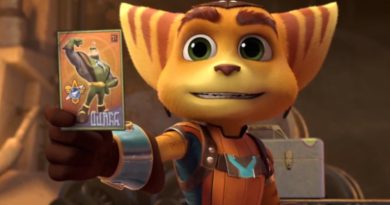