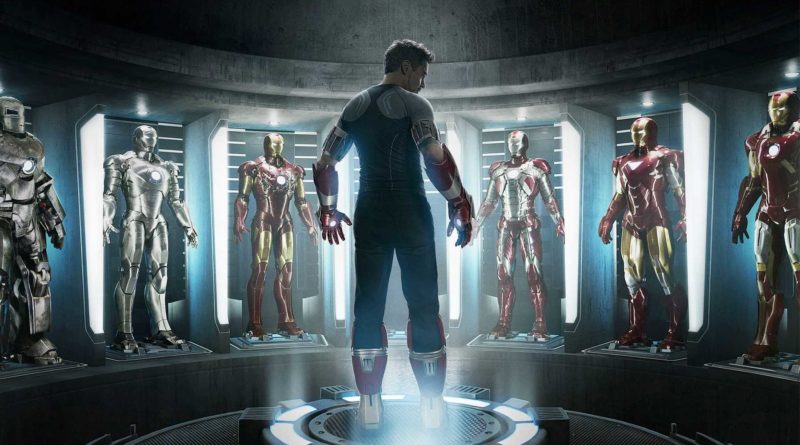 Hello every body! Sorry I have been inconsistent in the last few weeks, I went on vacation to sin city, then won a vacation to Phoenix for a concert for the last few days. I have also (finally) brought in a couple of other writers (one for CreepyPasta, one for Anime) we will also be hosting a video commentary series. The series first episode was uploaded this morning. so check it out. Anyway, on to the review!

Iron Man 3 is an amazing film, I am just going to throw that out there now. Depending on what you like about Iron Man, this film maybe not be for you.  One of my friends (actually colleague, I believe will be writing reviews for the anime section) did not like the film at all. While he is somewhat biased (he has a strong distaste for Iron Man where as he is one of my favorites) he actually said the first two actually were better than this one. But the difference is he prefers comedy over depth.

Alright, Iron Man 3 takes off some period of time after the events of The Avengers, leaving Tony Stark (Downy Jr.) a broken man. Stark is absolutely consumed in developing and upgrading new Iron Man suits. This is most apparent when Pepper (Paltrow) and Stark have their first main scene together. Pepper ask Stark about which Mark his new Iron Man suit is, where she guesses at about Mark 17. Stark’s newest suit is actually Mark 42. This whole conversation has to be my favorite scene of the film, and its within the first 15 minutes!

So, lets set the scene. Tony Stark is obsessed with protection Pepper, that’s why he is constantly upgrading his suits.  Pepper is currently running Stark Enterprises after the aftermath of Stark Tower.  James Rhodes has now become the Iron Patriot, which is only a patriotic paint job of the War Machine.  Happy has been promoted to head of security in order to protect Pepper, this leads to many hilarious antics in Act 1.  Then we are introduced to our two main antagonists. Aldrich Killian (Guy Pearce) and The Mandarin (Ben Kingsley).  Aldrich Killian is the lead researcher behind the Extremis virus, which is key to the story.  Tony Stark calls out The Mandarin after Happy is injured, and gives him his home address. That is where everything starts going to hell.

That’s all I am going to ruin of the story for you in this review.  Now my favorite part, the acting.  I have to say, I have seen few movies that have great chemistry like this film.  Robert Downy Jr. and Gwyneth Paltrow were spectacular like always.  Don Cheadle finally came into his own as Colonel James Rhodes, he provides most of the comedy in the film. We still have the Tony Stark one liners thrown into the mix, by Downy Jr. has an expert portrayal of a broken billionaire playboy. Ben Kingsley definitely pulls of the Mandarin, he is dark/devious/ hilarious.  My favorite actor has to be Guy Pearce.  Pearce made Aldrich Killian a force to be reckoned with.  He is witty,  charming, hilarious, and down right insane.

Oh also, this scene exists at the end of the film:

Verdict: If you like the Iron Man character, then I suggest you watch it.  If you came for the comedy, get lost. There is comedy from all the characters but this is an actually piece about Tony Stark. It is the perfect end to the trilogy.

Also, I am going to leave these two videos here. Just for y’all.

After credits scene of Iron Man 3: 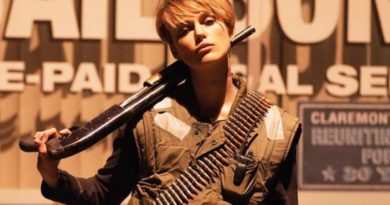 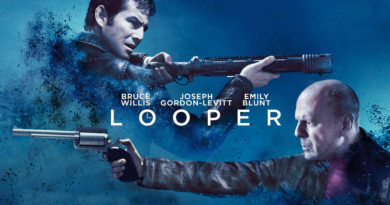 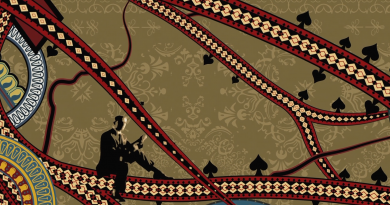 With the Decade Ending, Let’s Talk About Movies in 2012?

0 thoughts on “Iron Man 3: Worst of the Trilogy or a Great Way to End It?”