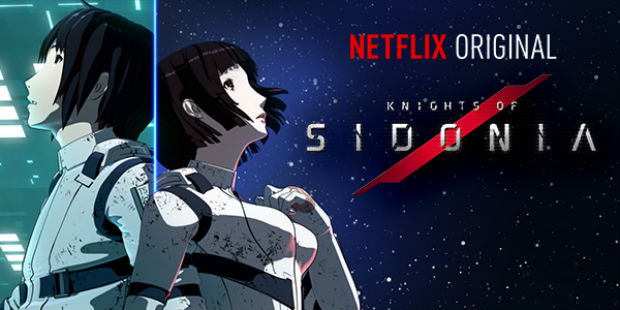 Hello everybody! Today we have Netflix’s first original anime, Knights of Sidonia (Sidonia no Kishi)

In a distant future where mankind has fled a destroyed Earth, Nagate Tanikaze has been raised apart from other humans by his grandfather, and thus has always dwelled in the bowels of a massive ship, where he trains regularly in an abandoned but still functional mecha simulator. After his grandfather’s death a shortage of food eventually forces him to the surface, where he discovers a strange reality: a highly regimented society built in the interior of an asteroid-based ship, one where people his aged are commonly trained to be garde (mecha) pilots against the possible reappearance of the Gauna, a betentacled alien foe which Sidonia (the name of the ship) has not encountered in a century but which has devastated the ship and populace in past encounters. One of Sidonia’s leaders, suspecting the truth about Nagate’s origin, has him integrated into Sidonia’s training academy for its defense force, where he quickly proves unable to handle the newest-model garde but proves quite adept with an older one once used by a renowned hero. The timing couldn’t be better for Sidonia, as when a resource-gathering mission leads to a Gauna contact, Nagate will prove instrumental in helping Sidonia (which, as far as they know, may be the last remaining remnant of humanity) to survive. But Sidonia also has its share of deeply-buried secrets, and not everyone is necessarily happy to see Nagate succeed.

Its setting is what makes it stand out. The population of Sidonia has been bio-engineered to be capable of photosynthesis, which means that its citizens only actually have to eat once a week. Cloning, including forced-growth methods, seems to be a standard practice, to the point that reproduction is implied to be entirely asexual. (We learn later in the series that this was likely done to quickly expand a population devastated by an earlier Gauna attack, resulting in population growth from a mere 400 or so to more than 500,000 in just a century.) One character is even an anthropomorphic bear, though exactly why is never explained; another character is a new gender capable of being male or female depending on the partner.

The look of the series also makes it distinctive, as 3D CG artistry is ambitiously applied to the entire series. The results include action scenes rife with mind-bogglingly complex debris fields and disintegration scenes, energetically-flowing mecha movements, and ambitious lip-synching when characters are not wearing face-concealing masks (and some do). Action scenes will occasionally use The Matrix-like slowdowns to highlight its flashiest maneuvers, but they take few traditional shortcuts.

Through the first 12 episodes of the series, the plot is fairly standard mecha fare: a gifted pilot rises from obscurity to be the shining star of the defense forces of one of the last bastions of humanity against marauding aliens who are normally impossible to communicate with. Naturally his success rubs an ambitious fellow pilot the wrong way, leading to an accident with nasty consequences, and naturally he attracts a fair amount of romantic attention in the process. People in high places know secrets concerning him and truths kept from the general public. Naturally the alien threat level steadily increases as the series progresses, with new technological gimmicks developed to offset it. Not helping is that few of the characters stand out from each other either in appearance or personality, which can result in difficulty keeping some important characters straight. 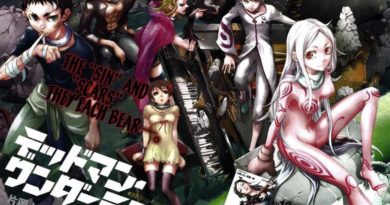 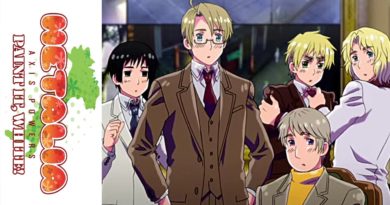 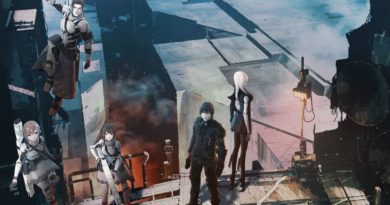