Hello everybody! On this week’s Indie Shelf, we have a video game narration game called The Stanley Parable.

An omnipotent narrator tries to tell a story about Stanley, a silent office worker who one day discovers that everyone but him has disappeared from the office building. If Stanley tries to disobey the narrator, interesting things happen. You will follow a story, you will not follow a story. You will have a choice, you will have no choice. The game will end, the game will never end. Contradiction follows contradiction, the rules of how games should work are broken, then broken again. This world was not made for you to understand. The Stanley Parable is an interesting animal in the gaming zoo. Billed as a “first-person exploration game,” it is honestly much, much more than that. Originally created as a fan modification (mod in gaming parlance) for the popular game Half-Life 2, it was recently given its own HD stand-alone release for Windows PCs. At its core, the game is an existential experience for both the player and Stanley, the game’s pseudo protagonist (but we’ll get to that). The game is also an examination, albeit a humorous one, of choice and free will in video games.

It is difficult to convey The Stanley Parable’s various messages and idiosyncrasies without spoiling its surprises, of which there are many. Behind the snarky narrator and the clever writing is an open-eyed examination of current video game narratives and their flaws. It’s Monty Python meets Call of Duty. When the narrator scolds you for not going in the direction of “his” story, the developers are taking a jab at modern games that, despite a glossy sheen of graphics, voice acting and the illusion of choice, are still basically on rails.

Take one of the biggest hits of this year, Bioshock Infinite. It was highly praised for its story and narrative direction. But in the end, it was a very lead-you-by-the-hand adventure. There were no alternative paths, no choices that really led to a different outcome. This was also the case for The Last of Us, another critically acclaimed game. They were great games and I enjoyed both. But they were very linear in design, and this is what The Stanley Parable takes issue with. 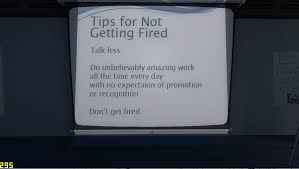 The Stanley Parable even calls into question the “winnable” nature of video games as the natural ending state. Why must stories, which is what non-sports video games are now, be won? Are books always won? Are movies always won? Is the experience of looking at a piece of artwork ever won?

OK, so you don’t really win. But The Stanley Parable is a game worth playing, especially if you are someone interested in game design and narrative storytelling experiments. Just be prepared for something completely different, which in an era of often cookie-cutter shooters and survival horror tropes is a welcome change.

The Indie Shelf: The Path

Organ Trail: Can You Survive the Zombies Until Oregon?