Hello everybody! Today we have the highly requested shonen anime Sword Art Online. 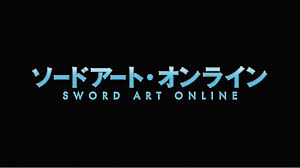 Sword Art Online, or SAO as referred to in the show, is an intriguing analysis of relationships created through the gaming world. I have heard stories about people meeting and creating strong relationship through various games, but I didn’t really understand how that could happen. How could you be so close to someone without ever meeting them? 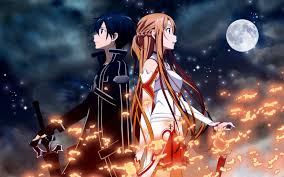 Now before you get all judgemental, SAO is definitely not that kind of anime. Sword Art Online is a shonen anime through and through. There is plenty of action, while not over shadowing a pretty interesting plot about death and domination. While the initial story ends in season 1, they continue into a new MMORPG in season 2. Definitely more magic then season 1 though.

Sword Art Online was highly recommended to me by numerous colleagues, so I went in with high expectations. Overall, I was generally satisfied but still have to nitpick. I’m going to straight up throw this out there, I didn’t like the world in season 2. While I thought it was cool to see many of the characters we met in season 1, the show could have ended without season 2. I was also disappointed in the animation. I was opening for at least a little bit of a different style, but alas it was just not going to happen.

Anime Club: The Devil Is A Part-Timer!

0 thoughts on “Sword Art Online: The MMORPG That Will Consume You!”