Hello everybody! For this week’s movie club we have Jurassic Park III.

Dr. Alan Grant is now a happy man with the previous incidents of Jurassic Park now behind him. Grant is that happy that he announce in public, that nothing on Earth can persuade him back onto the islands. Maybe nothing, except Paul Kirby. Kirby and his wife, Amanda want a plane to fly them over Isla Sorna, with Dr. Grant as their guide. But not everything Kirby says is true. When the plane lands, Dr. Grant realizes that there is another reason why they are there, that he doesn’t know of. Now, Dr. Grant is stuck on an island he has never been on before, with what was a plane journey now turned into a search party.

Alright, now it is time for the third film in the Jurassic Park franchise. Since I haven’t seen any of the first three Jurassic Park films since I was younger, lets just say that it was a rather interesting viewing. It was nice seeing a few of the characters from the past few films, and while I hated his character, William H. Macy added a small amount of charm to a film that severely needed it. The dinosaurs were still decently animated, but I missed the animatronics of the first film. 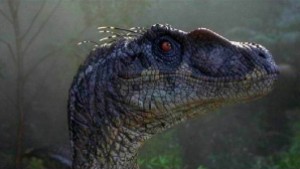 I have to say that Jurassic Park III was the most disappointing in the entire franchise. What made the first and second films even relatively decent was absolutely thrown out the window in order just to make a couple of bucks. First off, the set up to get Dr. Grant back to another island was absolutely stupid. What a waste of storytelling potential. While I did expect that Jurassic Park III would be an absolute terrible mess, it avoided that by just the smallest of margins.

Zombieland: The Quest for a Twinkie