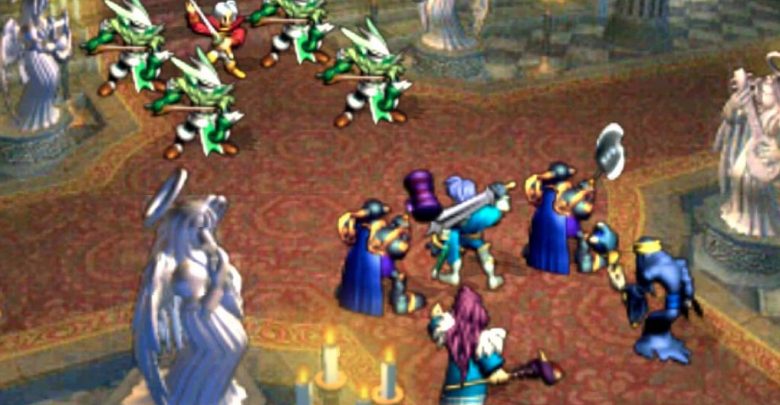 Hello everybody! Today we have the second game of the Ogre Battle series, Ogre Battle: Person of Lordly Caliber.

You can check out my review of Ogre Battle: March of the Black Queen here: 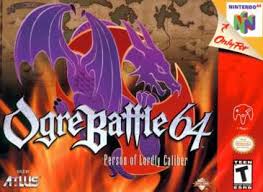 The story follows Magnus Gallant, a recent graduate of the Ischka Military Academy, and fledgling captain in Palatinus’ Southern region, Alba. As civil war erupts in the country, Magnus eventually decides to join the revolution with its leader, Frederick Raskin, first liberating the southern region with the Zenobians’ aid, then Nirdam and uniting with them, then returning the Eastern Region of Capitrium to the Orthodox church, and finally marching on the capital of Latium. However, along the way, Magnus’ battalion, the Blue Knights, finds its enemies escalating, from the puppet kingdom of Palatinus, to the might of the Holy Lodis Empire, to the Dark Hordes of the Netherworld. 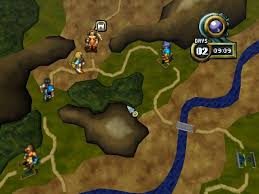 There are six possible endings, some where Magnus gets expelled from the revolutionary army, because they consider him a “monster” who settles everything by force, realizing his actions are naught he disappears and people forget about the great general who once saved them, thus ensuring Palatinus’ destruction. In another he is named “General Magnus Gallant, the guardian of Palatinus.” And the last, where Frederick dies in the war against the tribes Of the East of Gallea and Zeteginia, who wanted to invade Palatinus right after Lodis weakened it, he is named: “Magnus Gallant, The Paladian King.” His rule forever to be remembered and his son Aeneas Gallant takes the Throne, following his father’s footsteps.

Ogre Battle 64: Person of Lordly Caliber is the sixth episode in the Ogre Battle saga. This installment focuses on the events leading up to the Tactics Ogre section of the franchise. The game features many of the same game play elements as the original Ogre Battle, but with updated mechanics and graphics. The class system has been expanded, as well as the RPG element of the game. This time the player can’t just focus on the unit as a whole, but each individual character as well. The story has also received a face lift, as it is even more interesting than its predecessor. The game has the player make story-branching choices that change the outcome of NPCs and the game in its entirety. 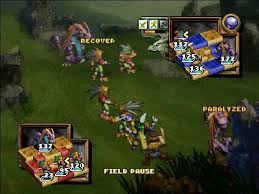 Ogre Battle 64 is an improvement over the original in many different ways. Unfortunately, as with any upgrade, there tend to be even more disappointments. The game has a limited replay value, as unless nostalgia calls me, I have only played through its entirety two separate times. This is strictly so I can try out all of the different NPCs since some of the characters can’t be recruited if you have other NPCs (most notably the Zebonobians and Biske/Ankiseth). At some points early on in the story the plot suffers from the typical revolution story cliches, but it cleans that up pretty quick. In comparison to the other protagonists throughout the saga, Magnus Gallant is my least favorite. Sure he has an interesting and dark past, but he doesn’t really change throughout the game. Scratch that, I would say he didn’t change enough on either playthrough. 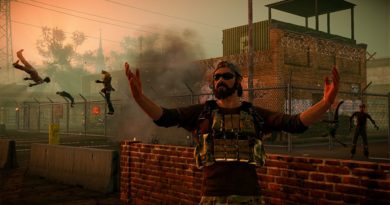 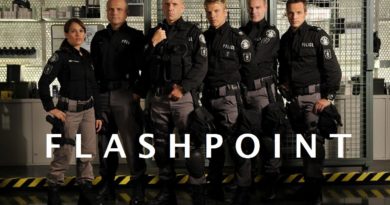 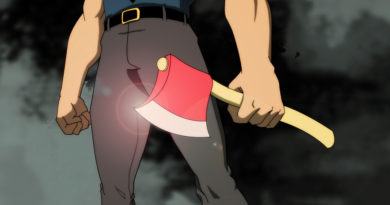