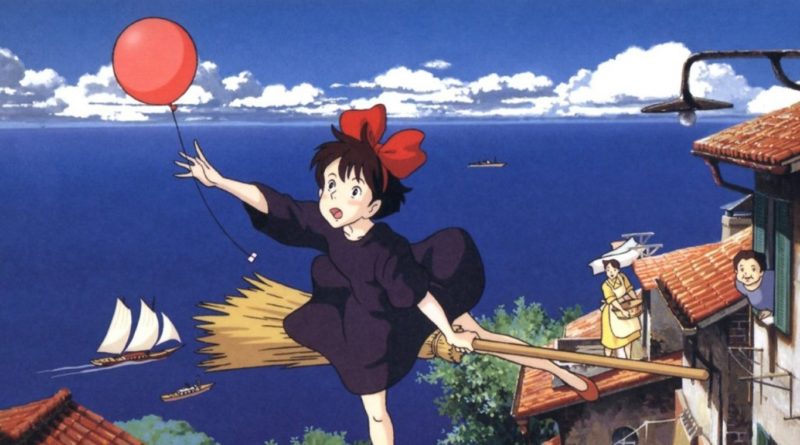 Hello everybody! For this week’s anime club we become delivery workers for Kiki’s Delivery Service.

Kiki, a young witch-in-training, has reached the age of 13. According to tradition, all witches of that age must leave home for one year, so that they can learn how to live on their own. Kiki, along with her talking cat Gigi, fly away to live in the seaside town of Korico. After starting her own delivery service (using her broom as the delivery vehicle), Kiki must learn how to deal with her new life, especially after she loses the power to fly.

Some elements of the 25-year old film work slightly better than others. The way the film veers into a melancholic turn near the end, when Kiki wonders if she’ll ever get her magic back (or be able to understand what her cat is saying again), is admirable but feels slightly rushed considering how quickly it resolves itself. The nature of creation, and what drives someone to pursue a creative end, also shows up in an expanded form in Miyazaki’s latest, and final, film, as The Wind Rises‘ Jiro Horikoshi attempts to balance his passion for airplanes with his passion for the woman he loves; the conflict there is so dominant that to avoid it would be to have blinders on. Here, it’s less fleshed out, so that the abruptness of the plot turn feels almost like a subplot that didn’t have enough time to flourish. But then, Kiki can fly again, after some guidance from an artist friend, and that’s all that matters. The more often this film is in the air, the more often it becomes a buoyant success.

The plot is straightforward and the stakes are low, but it subverts even the most discerning, frown-wearing viewer with the kind of irreverence that Ghibli are famous for. Hayao Miyazaki, director of most of Ghibli’s much-loved work including the aforementioned Big Four (My Neighbour Totoro,Princess Mononoke, Spirited Away and Howl’s Moving Castle), helmed this as his fifth feature for Ghibli. A keen witch by the name of Kiki leaves home at thirteen, per an age-old tradition, to seek out and live in an alien town. Among the small amount of possessions she takes with her is her mother’s broom, her father’s radio, and her trusty talking black cat, Jiji. It’s a simple tale, but one with important lessons for our protagonist that revolve around the perks – and burdens – of independence. As we fly with Kiki above the town she’s adopted as her new home, seeking the destination for her latest delivery (and, by subtext, her own acceptance by these people), it slowly dawns this is an adroitly lyrical spin on the coming-of-age recipe we see in cinema so often, especially in animation. 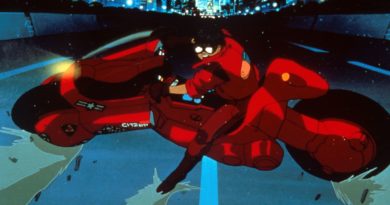 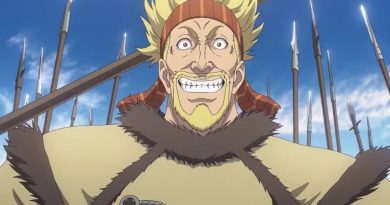 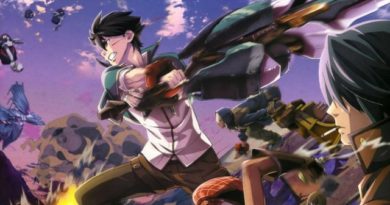