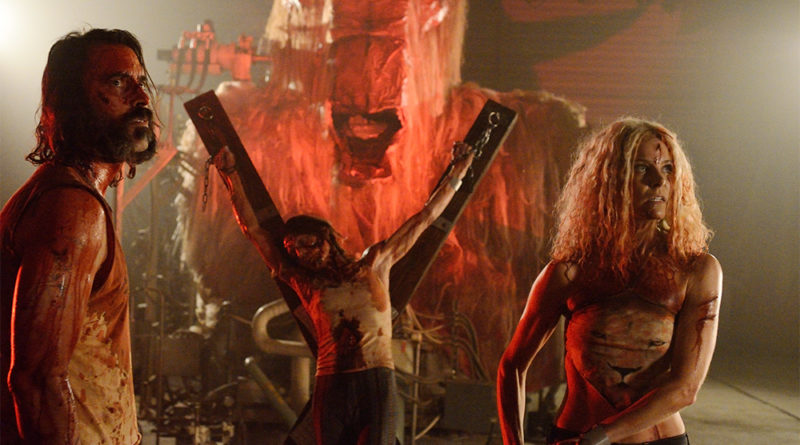 Hello everybody! Today, I was able to get into the Halloween spirit with a slice and dice fest from Rob Zombie. Check out my review for 31.

On Halloween 1976 8 carnies are traveling in their van through the desert on their way to their next gig. After having a bit of fun hanging out in the van, they stop for gas. They have a few creepy encounters at the gas station and head back on the road. During the night they find the road blocked by scarecrows, as they investigate they’re attacked, while some are murdered the rest are kidnapped. They awake chained up in a fancy room where 3 aristocratically dressed people tell them they have been chosen to participate in their annual game of 31. They must attempt to survive 12 hours in an underground labyrinth like factory compound known as Murderworld. The 5 carnies each armed with a weapon try to kill to stay alive while they are being hunted by clown like killers known as the Heads. Sick-Head, Psycho-Head, Schizo-Head, Sex-Head, Death-Head and Doom-Head. The 3 people running the game bet on who will survive the longest because no one has ever survived. The prize for surviving is their freedom.

Alright Rob Zombie, you haven’t been able to wow me with your last few films…so had did 31 do? 31 is an intriguing story with a simple premise, yet it opens up to Zombie’s strengths. As for as his strengths go, the costume design and

real special effects are above par. Also, the sheer lack of PC, which Rob Zombie is quite notable for, is exactly what we need right now. Also, before I get too sidetracked, Malcolm McDowell steals the show as Doom-Head. McDowell and Leto should have met up, as Joker should have been much closer in insanity levels to Doom-Head. Rob Zombie actually explained 31 in a rather simple statement, “31 is the film that people would expect me to make.”

Even though there is plenty to like about 31, there is definitely plenty to hate. It wasn’t as gory and had very little scare factor for me…this caused me to break away from the film so I could laugh at my friend’s reactions. Also, despite the film’s run time,  they sped through characters pretty quickly. This didn’t give me time to care about any of them as they died. I know it is horror and you really aren’t supposed to care, but still. My major gripe though actually wasn’t with the film at all, it was with the QnA after the credits had rolled. The questions were incredibly generic, even if Zombie did a decent job on elaborating on them. I could have written better questions. 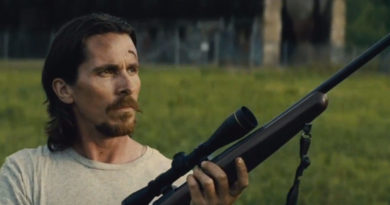 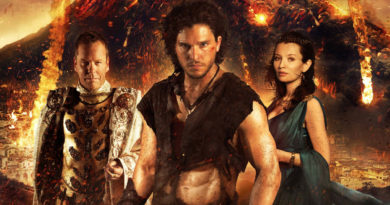 Pompeii: Mt. Vesuvius is a Douche 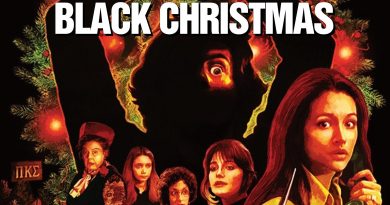