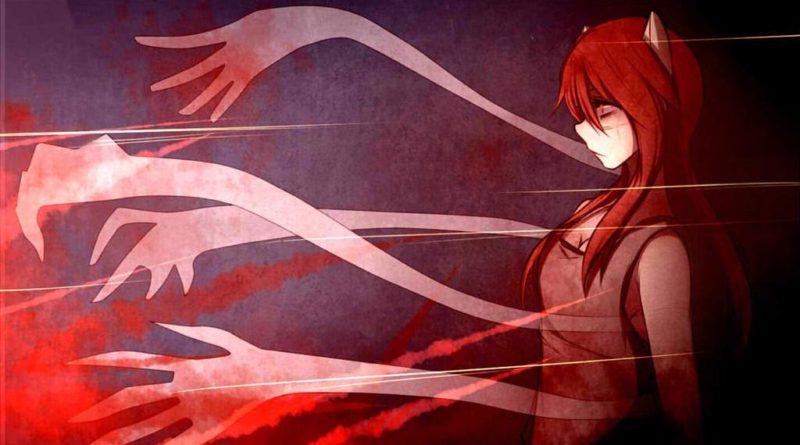 Hello everyone! For this week’s anime club we have the uber-violent and avant garde anime Elfen Lied. 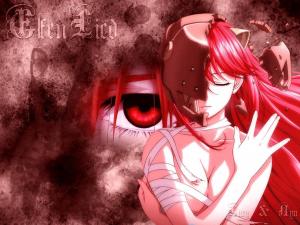 Elfen Lied takes place in Kamakura, Japan, and focuses on the “Diclonius”, a newly evolved species. Their appearance is similar to humans, albeit with several differences, namely horn-like protrusions on the forehead and the presence of telekinetic invisible arms called “Vectors”. One such Diclonius, Lucy, is the main character of the series: Initially held in a facility built for experimentation, located off the coast of Kamakura, she manages to escape and wreak havoc, but is injured in the process, an event which causes her to develop a secondary, childlike personality known as Nyu.

Lucy is found by two locals, Kohta, who studies at the local university, and his cousin Yuka. They take her in, and become involved with the numerous, often brutal, attempts to recapture her by a Special Assault Team and a number of other Diclonius, who shift frequently from oblivious to murderous.

The murders in this show are so palpable too. The way the flesh and muscle are torn, the animation and the sound effects… I’ve never experienced anything as grotesque in my life. If this had been a Hollywood movie, those effects would have been either laughably over the top, or crappily underused. Here, they make you FEEL the pain that the victim of the invisible arms feels. It will fuck you up a little, even if you’re as completely desensitized to bloodshed as I am.

That’s probably my main caveat about Elfen Lied... The whole show is filled with a sense of dread. Pretty much every second of every episode makes you feel that every character on screen at any given time can and will die a horrible, disgusting death. Yes, there is some humor, but it’s usually preceded by or immediately followed by a puppy getting kicked to death by some dickwad kids or a little girl getting Anakin Skywalker-ized and left limbless, bleeding on the ground of a cemetery. The music is a total bummer too. There’s not one happy tune in the whole show!… Well, that’s not true I guess. See, right at the end of every episode we’re left with a bloody and dramatic cliffhanger and then BAM!, the ending theme kicks in, and it is the most inappropriately unsuitable, boppy poppy song ever written. It’s actually called something like “Baby, I Want to be Your Girl.” It’s kind of like watching a loved one get eaten alive by both a pack of hyenas and a flesh-eating bacteria at the same time, and then having a clown come in, do a little clown dance and make you some cute balloon animals. You wonder just what the fuck you’re supposed to feel. The song’s catchy, true, but it’ll make you shake your head in wonder as you ponder how the animation producers pick these things for their shows. I have five bucks saying that they choose opening and ending theme songs with a dartboard. 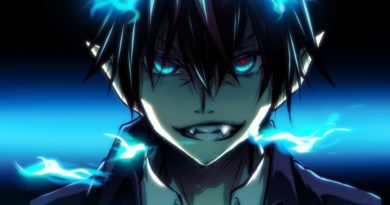 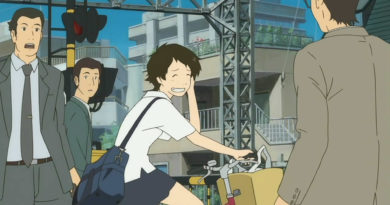 Anime Club: The Girl Who Leapt Through Time 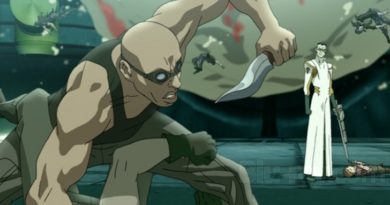